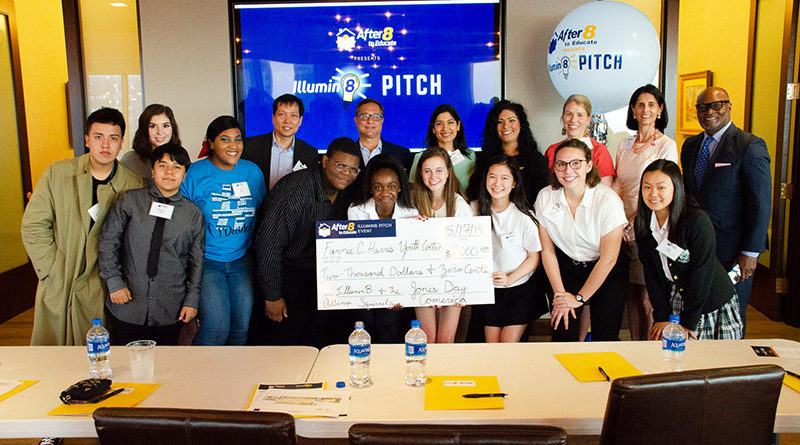 The new residential wing of Dallas’ Fannie C. Harris Youth Center is about to receive a total makeover, courtesy of some local students.

(ABOVE: Students from Thomas Jefferson and The Hockaday School teamed up to assist the Harris Center. Courtesy After8toEducate)

Teen representatives from The Hockaday School and Thomas Jefferson High School competed in a “Shark Tank”-like challenge in May, marking the end of five weeks’ worth of designing prototypes for the Harris Center wing, an integral section of the center that offers residential services to the unsheltered students of Dallas Independent School District.

Two teams were assigned to redesign the library and dorm rooms of the Harris Center, then present those designs to a panel of experts representing the nonprofit organization After8tEducate, the Dallas Police Department, PepsiCo, and Fossil, among others.

“Getting students together from schools that typically work together is a wonderful thing,” said Lauren Day, executive director of Hockaday’s The Institute for Social Impact. “Friendships are formed, and everyone involved learns from each other. I think the students all felt challenged by designing a physical space for homeless youth.”

Two thousand dollars were donated to the Harris Center at day’s end.

“Friendships are formed, and everyone involved learns from each other. I think the students all felt challenged by designing a physical space for homeless youth.” -Lauren Day The students approached the design in a similar matter to what schools refer to as The Scientific Method – a series of steps that, when done correctly, lead to a more polished conclusion; or, in this case, a pitch to the panel members.

Beds, desks, dressers, and possible color palettes for the walls were presented for the dorm room design.

“[This experience] really worked to put the students in the shoes of unsheltered youth,” Day said.

After8toEducate estimates that there are more than 3,500 homeless Dallas ISD students. According to the organization’s website, research shows that unsheltered students are at “a greater risk of falling behind academically, and in turn more likely to drop out of school.” Remaining facilities and services for homeless students, after they have aged out of the child welfare system, are often only available for limited hours of the day, leaving many without a place to go after 8 p.m.

The Harris Center and After8toEducate look to provide these students with a place to stay after the sun goes down.

“Through the design process, these high school students from Hockaday and Thomas Jefferson developed empathy for their fellow teenage peers who may be experiencing homelessness, and offered youth-centered ideas on the interior design for the future space what will house these homeless Dallas ISD high school students,” said Hillary Evans, executive director of After8toEducate. 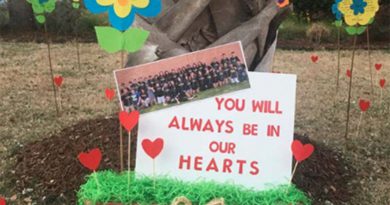