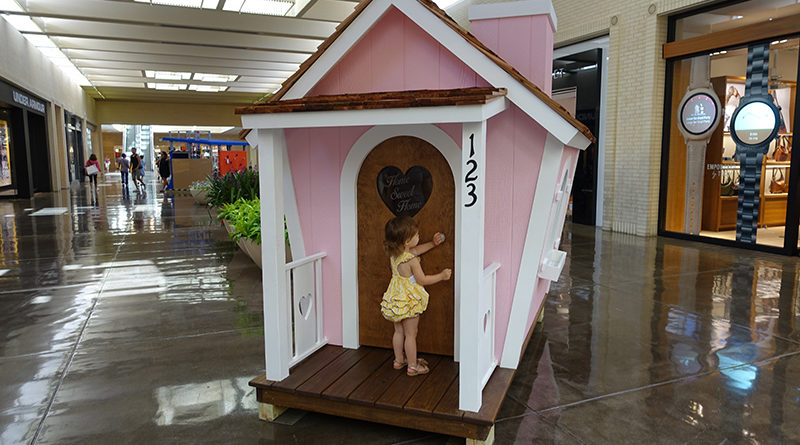 Last year in Dallas County, 26,424 children were reported abused or neglected, according to Dallas CASA statistics.

(ABOVE: Each year, builders volunteer to create unusual playhouses for display at NorthPark Center where they are raffled to raise money for Dallas CASA. Courtesy photos)

Dallas CASA, founded 40 years ago by The National Council of Jewish Women-Dallas as a spin-off nonprofit, addresses the needs of the more than 4,700 children in protective care by ensuring those children always have a voice.

When children are removed from their homes, judges assign Court Appointed Special Advocates (CASA) to work closely with the child. Advocates make monthly visits, work with Child Protective Services and foster families, contact schools and doctors to secure the child’s needs are being met, then present their report to the judge with their recommendations.

“We love what we do, we just don’t love the fact that there is a need for us,” said Stephanie Roberts, a former elementary school teacher and veteran volunteer advocate.

She and her Park Cities neighbor Marian Glass will mark their 10th anniversary as the first co-advocate team at Dallas CASA. Glass majored in adolescent and developmental psychology and after her children were grown, got involved with Dallas CASA.

Advocates undergo an initial 30 hours of training and continuing education to work with the children and navigate the court system. The children are often scared or angry, Glass said. They have been physically, emotionally, and sexually abused, abandoned, or neglected — enduring distressing environments such as no running water, heat, or air, maggot-covered kitchen counters, and padlocked refrigerators. Many suffer such conditions as lice-ridden hair and never being held or hugged.

Once the children understand the advocate is there to help them, they get excited, Roberts said.

“We just do everything to make sure they have what they need to heal and thrive,” she said, explaining close bonds are often formed between the children and advocate. “It’s hard not to get emotionally involved… but once they are placed with a family and become part of that family – that’s a good feeling.”

Preston Hollow resident Leslie Wayne, a neurologist and mom to three, began volunteering at Dallas CASA in 2014 on the Children’s Council, becoming an advocate in 2016. “You look at your own children and the opportunities you can provide them, and knowing that a lot of children don’t have access to any of those opportunities, it’s very motivating to get involved and make it better,” she said.

LaValle described the advocates as a “lifeline” for the kids.

“We hear from adults who were in the foster care system that their Dallas CASA was the one who stayed by their side, listened to them, and provided support throughout a frightening and uncertain time…the one adult, the child knew, would always show up when they say they would,” she said.

Socialite of the Century 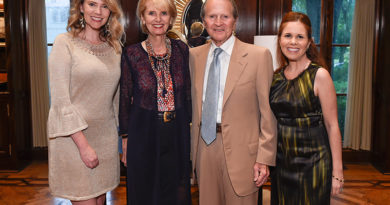