SKULDUGGERY OF THE WEEK: LOST AND FOUND

Perhaps the ultimate example of why you should always lock your vehicle was on display at the 3600 block of Asbury Avenue: Around 6:32 p.m. July 7, a 38-year-old woman reported that her unlocked, $75,000 white 2016 Land Rover Sport was stolen. If losing an expensive vehicle wasn’t enough, inside the Land Rover was a treasure trove of goods: an Orvis purse, two tubes of Hoppes gun cleaner, 39 rounds of 20mm  ammunition, two pieces of sports equipment, one pair of Tuffmate work gloves, a Tract-brand fishing item, one airsoft gun, one Wilson tennis racket, one item of Nikon sports equipment, a BOE Light insulated jacket, four Kershaw knives, one Knives of Alaska knife, one Gerber knife, a Boyt-brand shirt, and some personal identification documents. The silver lining? The Land Rover (now emptied of all items) was found on Harry Hines in Dallas.

A vehicle arrest at 2:33 a.m. at the 3600 block of Beverly Drive revealed that the driver did not possess a valid Texas operators license and also had a warrant out for his arrest.

A white 2014 Dodge Ram 3500 pickup truck was riffled through while sitting unlocked in an alley at 3:40 p.m. near a home in the 3400 block of Harvard Avenue where its owner was working. A brown Gucci containing $40 in cash, two debit cards, and a worker’s permit card were reported missing, as well as the keys to the Dodge Ram.

A 40-year-old woman, who lives in the 3400 block of Cornell Avenue, reported at 9:32 a.m. that she lost a diamond earring at some point between June 1 and 6. The set of earrings, worth $40,000, have a large diamond-centered stone surrounded by smaller diamonds. The woman noticed on June 6 that the earring was missing from her purse.

A silver Dodge Ram pickup truck backed out of a parking spot and hit a black BMW, driven by a 19-year-old woman, in the parking lot of Whole Foods on Lomo Alto Drive at 1:13 p.m. The driver of the Dodge Ram then drove off without stopping to exchange information. A small dent on the front bumper of the BMW was visible following the collision.

Between 8 a.m. and 7:45 p.m., the garage door of a home in the 4600 block of Lakeside Drive was left open, allowing for the theft of a firearm. The vehicle inside the garage had been rummaged through, and a Kimber .45 semiautomatic pistol was missing from its normal spot in the vehicle’s center console. The holster holding the pistol also was reported missing. The estimated value of the missing pistol is between $315 and $360.

Reported at 9:09 p.m.: A bag of drug paraphernalia was found in the 3200 block of Dartmouth Avenue around 8 a.m. on July 2. The bag contained a spoon with burn marks, and a brown prescription bottle containing several small pieces of cotton balls that had been used to draw up black-tar heroin. No actual heroin, or any drugs for that matter, were found in the bag.

A red, two-door convertible with specialized license plates was spotted at 11 p.m. side-swiping the left side of a 2014 Chevrolet Equinox at the 4100 block of Beverly Drive, then driving off without stopping to exchange information. The Equinox’s rear quarter panel, driver side door, and front quarter panel sustained damage, as well as a red paint transfer.

Reported t 12:45 p.m.: An employee of Whole Foods on Lomo Alto Drive left work around noon and noticed his white 1988 Honda Civic 4D, was gone. The vehicle was unlocked, had a spare key in the front seat, and contained an Android cell phone ($50) and kitchen tools ($50). The victim said he noticed a man between the ages of 20 and 30 walking around the parking lot looking into vehicles just prior to his car going missing.

A scam artist got a hold of a man’s name, address, cellular phone account and pin number, date of birth and phone number, then called the man offering a 50-percent discount from AT&T in exchange for four Ebay gift cards. The man, who lives at the 4300 block of Fairfax Avenue, reported the scam at 2:30 p.m. after he called AT&T and employees assured him that the company would never deal in gift cards.

A black 2015 Lexus RX350, parked at Highland Park Village at 4:37 p.m., was damaged by an unknown vehicle and its owner did not leave information before fleeing. The Lexus had white scrapes and paint transfers on the left rear bumper, and the left rear light was pushed in.

Stolen between 11 a.m. and 12:30 p.m.: Two bicycles – worth $500 – belonging to a boy and a girl from the 3500 block of of Beverly Drive. A black Quantum BMX bicycle was found nearby, possibly belonging to the thief. One of the stolen bikes was a 20-inch purple and black bike, and the other one was a 20-inch silver and blue bike.

Reported at 7:56 a.m.: A man, playing basketball at Highland Park United Methodist Church, produced what looked like a black handgun, which was laying on the floor next to his backpack, when asked to leave the 5800 block of Hillcrest Avenue on June 30, first said it was a Smith and Wesson, then said it was fake, and then put it in his waistband before leaving.

It’s never fun to receive a letter from a debt collector. It’s even less fun when you never spent the actual money. A 58-year-old woman reported at 8:09 a.m. from the 2700 block of Westminster Avenue that her personal information was used to fraudulently set up on a new loan account. She found out when the debt collector called her in regards to the loan. At 3:59 p.m., a 45-year-old woman who lives in the 2900 block of Stanford Avenue reported fraudulent use of her personal information.

A woman’s Toyota Tundra, while parked at the 4300 block of Grassmere Lane, was rummaged through between 4:55 and 4:59 p.m. A $20 wallet and the identification documents residing inside were stolen.

Reported at 1:24 p.m. from the 3500 block of McFarlin Boulevard: Two men planned on opening a business between May 1 and June 30, and a 59-year-old man gave his partner $50,000 in May to begin proceedings. The partner then used the money instead to buy personal items.

A 20-year-old woman reported that a vehicle reversed “unsafely” in the parking lot at Preston Center at 3:05 p.m. and struck her grey 2014 Jeep Renegade. The unsafe driver then fled the scene without leaving any information.

A theft was reported at 5:38 p.m. from the Chevron in the 8400 block of Preston Road with a gray 2014 Chevy Cruze occupied by the possible thief.

A 75-year-old woman who lives in the 4400 block of Grassmere Lane reported at 2:38 p.m. that her personal information was used between June 10 and June 25 to fraudulently open a bank account. 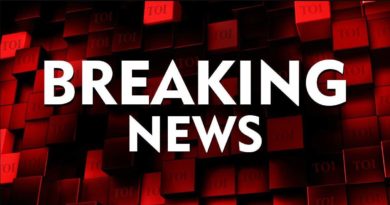 Santa Will be at The Bush Center Friday