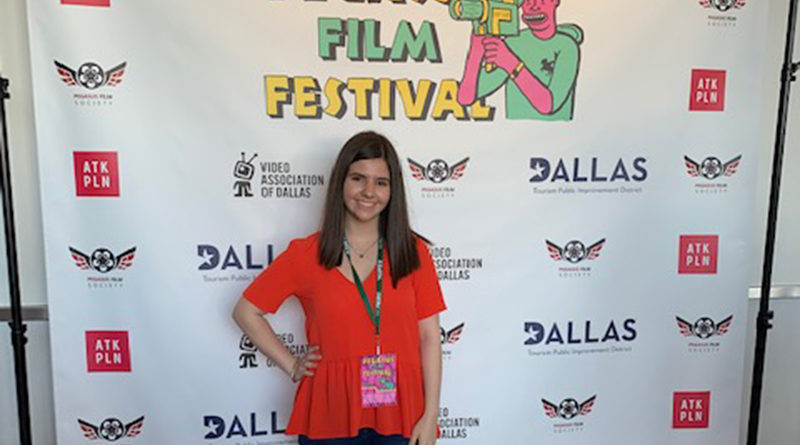 Angelina Velis, an upcoming senior at Ursuline Academy has been creating videos since middle school. She began to hone her skills as a sophomore and when she was a junior at the Dallas private school she signed up for a filmmaking class.

A short film she created for the class, “Boys Will Be Boys” recently received first place in the Pegasus Film Festival under the Mental Health/Suicide Prevention PSA category.

The film, just under two minutes, shows a young woman walking through a parking lot late at night – the first two numbers of 911 already dialed into her phone. Another shot pictures a woman checking the back seat of her car before getting in – something she always does.

“Some say Boys will be Boys,” the PSA states. “I say, do boys ever have to think about whether or not the woman who has been looking at them for far too long is going to follow them to their car?

“Whether their outfit is going to make them a target for rapist?

“Whether or not rejecting a woman is going to lead to their death?”

Velis said she decided to create a short film about sexual assault because it is a serious issue and women are assaulted every day.

“Women everywhere have to take the extra step to protect themselves while doing everyday things like walking to their car or going out with friends,” she said. “This short film brings to light the fear that women face while many men never have to think about whether or not someone will assault them.”

The concept of her video was inspired by an article written by the Hockaday Forecast newspaper staff, she said.

Velis said she learned a lot working on the short film but said the reaction of others watching it has really stood out.

“Almost every girl I showed the film to would see the girl checking the backseat of her car or locking her car doors twice and would immediately say, ‘I do that,’” she said. “This will be something that will stick with me forever because it really showed me that all women face these issues and always have to be aware of their surroundings to protect themselves.”

Editor’s note: Because the film has been submitted to other festivals for consideration, we are not able to share it.