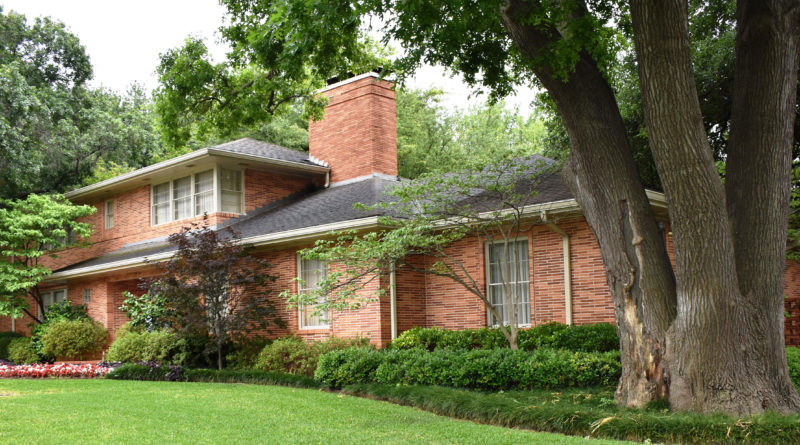 “The culture of Dallas is to always be looking forward and never in the rearview mirror,” said Mark Lamster, architecture critic of the Dallas Morning News, at a recent preservation symposium hosted by SMU.

The midcentury modern architectural and interior design period rose to prominence in the early and the mid-1950s and began a resurgence at the turn of the century. Its characteristics include: ample windows, open floor plans, and advances in post and wooden beam construction that created high ceilings with exposed rafters, eliminating the need for bulky support walls while allowing more light through large glass panels.

“The days of Weber-grilling and backyard barbecues were not really seen until after [World War II], and the way these houses are built is an extension of that.” -Taylor Armstrong

Two of the houses on Park Cities Preservation and Historical Society (PCPHS) tour stand side-by-side in the 3500 block of Villanova Street. Their giveaway characteristic: carports – basically open-air garages – adjoining squat single-story houses made conspicuous only when compared to newer homes across the street.

“The orientation is more toward a life that plays out in the backyard, not the street,” Taylor said. “The days of Weber-grilling and backyard barbecues were not really seen until after [World War II], and the way these houses are built is an extension of that.”

Former dancer Emily Bywaters Cochran invited the 20 tour members into her expansive living room that holds not one but two grand pianos, and renown oil-on-canvas paintings bathed in plenty of natural light afforded by design.

“We’ve had 50 people who have been over for dance parties and music,” said the Julliard-trained dancer who once performed to international audiences in New York, Paris, and Washington. “Some great and memorable evenings we’ve had here, made possible by the layout.”

Alex Jodry, 33, a bank credit officer and prospective first-time buyer, wants to buy a midcentury modern, so he and his wife (who studied historical preservation at Baylor) “can actually have a backyard,” he said.

How many midcentury moderns young people like Jodry will have to choose from in the coming years is the question, said Rick Brettell, the Margaret McDermott Distinguished Chair of Art and Aesthetics Studies at UT Dallas.

“We may not be saving them, but they are selling like hotcakes,” Brettell said. “The good news is that inexpensive houses are not at risk. The difficulty is midcentury modern houses in high-value areas [where teardowns are occurring]. I wish, I truly wish that the Park Cities could be designated a national historic district, but I don’t see it happening anytime soon.” What Do You Do With A Guy Like Doherty?