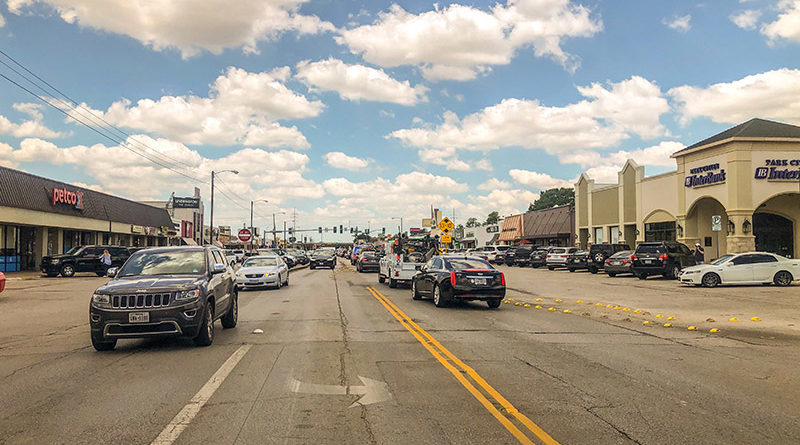 In our August issue of Park Cities People, we laid out the three design options presented to the council on June 18. The options included

City council members seemed to favor the third option – with a few tweaks – and are expected to discuss the redesign at tonight’s public work session, which begins at 4 p.m. at city hall.

According to city staff, the proposed $7.2 million Miracle Mile renovation would not only address the parking and aesthetic situation but also 60-something-year-old deteriorated pipes and pavement – all the way to the base – which is crumbling apart.

In November 2018, council members approved a nearly $470,000 contract with Huitt-Zollars to create a master plan for portions of Preston Road, Hillcrest Avenue, and the Miracle Mile along Lovers Lane.

According to city documents, “Option C” increases parking along Miracle Mile by 25 spaces, 13 of which will be ADA compliant.

The plan also will reconfigure the Douglas intersection, create a less confusing “tee” intersection at Armstrong with new traffic signals, and decrease traffic lanes a foot in both directions. As well, a continuous pedestrian path from the Tollway to Douglas will be created to (as told by city staff) inspire shoppers to consider either side a parking option regardless of where they’re actually shopping.

Pedestrian crossing will be created at Armstrong and Lomo Alto.

At a previous meeting, city council members were concerned that a lack of turn lanes would further back-up traffic on an already busy thoroughfare and that trees along the roadway would get in the way of larger trucks and vehicles.

Both have been addressed in the redesign – sort of.

The revised option reduces the number of tree plantings along the roadway and instead increases the decorative street lighting.

But, the consultants were unable to reconfigure travel lanes to provide for dedicated left-turn lanes without losing parking spaces but said unprotected left-turns can be addressed with signage if they prevent a significant hindrance to traffic flow.

In a meeting with Dallas County, who might help fund the project through its capital improvement funds, county staff indicated the inclusion of a bike and pedestrian trail in the corridor would address the improved mobility criteria.

Huitt-Zollars developed a concept to include a bike and pedestrian path, but the concept resulted in a reduction in the number of parking spaces over the current configuration

Due to the loss of parking and, because there has been no opportunity for public review and comment on the concept, city staff does not recommend pursuing this option. 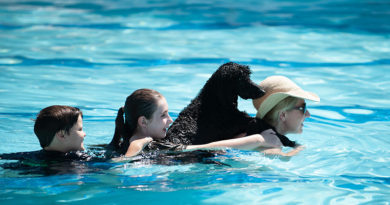 ‘Art of Racing in Rain’ Use Upheld in HPISD