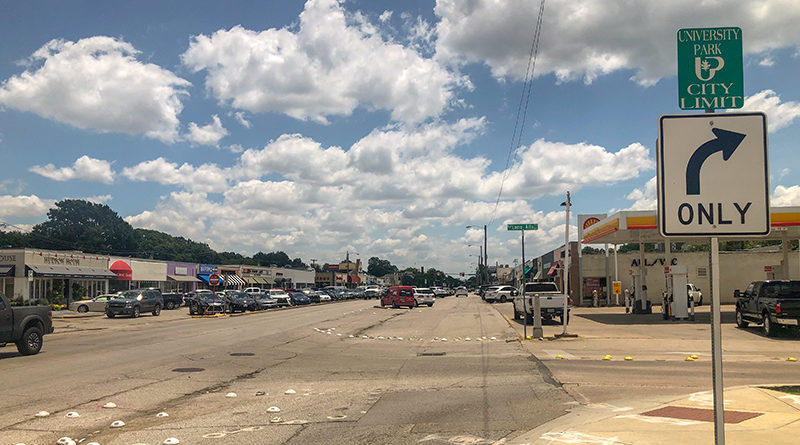 An on-again-off-again conversation that’s stretched for years about improving a stretch of Lovers Lane between the Dallas North Tollway and Douglas Avenue is finally moving forward.

That being said, the decision still wavers on the ability to make small changes to the placement of trees and future conversations about how eliminating left-hand turn lanes will impact the busy thoroughfare.

“It’s still a sea of asphalt out there,” mayor pro tem E. Taylor Armstrong Jr. said about a design concept that exhausted every inch and space it had to improve both parking and access in the area.

Armstrong also stressed concern about lighting not being close enough to businesses.

Local merchants though didn’t seem concerned about the lack of lighting, saying “only three businesses are open past 6 p.m.”

Parking and enforcing two-hour parking were still core problems; “Our businesses are being hurt by people not being able to find spaces,” one of the merchants said.

At the core of improvements, these renovations will allow the city to replace 60-something-year-old deteriorated pipes and a pavement that is crumbling apart.

The design option selected by the council will also increase parking in the area from 260 spots to 285, 13 of which will be ADA compliant. As well it will reconfigure a confusing intersection at Armstrong Parkway, provide a pedestrian path along the entire area, designated crossing at Lomo Alto Drive, Armstrong Parkway, and Douglas Avenue. Other changes include narrowing Lovers Lane a foot in each direction and widening the drive aisles in the parking lot and the sidewalks.

Since the design is still somewhat loose when it comes to the types of greenery that will be planted and where lighting will be placed, public works director Jacob Speer assured the council that their concerns about such aesthetics could be addressed as the project moves forward.

“This is our front door to University Park,” council member Liz Farley said. “Our hope is to have more landscaping and trees to make the corridor look aesthetically better.”

When looking at preliminary design concepts and the refined option shown at Tuesday’s meeting, council members continued to voice concerns over the removal of the turn lanes into the shopping center parking and how that would impact traffic flow.

“Turn lanes come at the expense of parking spaces,” he said.

Huitt-Zollars, the consultants hired to work on the master plan, noted to council members that in the future, unprotected left-turns could be addressed with signage if they prevent a significant hindrance on traffic flow.

Going forward, city staff will use the approved design concept to apply for capital funding from Dallas County, which if approved could pay up to half of the proposed $7.2 million project.

Speer said the city also plans to conduct another round of stakeholder meetings to discuss the scope of the project and how it might impact local businesses.