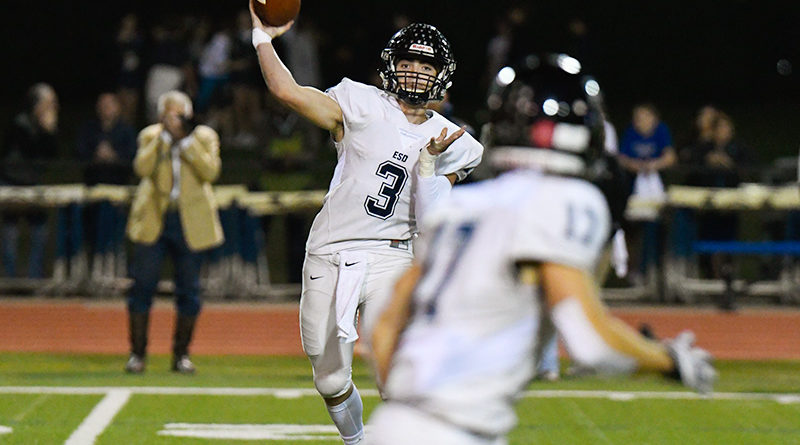 ESD went through a bit of a role reversal last year with its typically high-powered offense hampered by injuries and inconsistency while its resurgent defense shouldered the load.

The Eagles finished in the middle of the pack in the highly competitive SPC 4A division, with two of their three losses by a combined five points. So with the offense poised to rebound, ESD could move back into title contention.

Senior quarterback Preston Morway will lead the way. The three-year starter passed for 2,264 yards and 24 touchdowns in just eight games last year. He also led the Eagles in rushing. During the offseason, Morway enhanced his dual-threat abilities by focusing on ball security and mechanics.

“He’s going to be something special to watch this year,” said ESD head coach Richard Williams. “We’ll be very pass-heavy and very dynamic.”

Morway’s top two receiving targets from last year are back in Jack Loftus and Brodie Burke, who combined for 77 catches, more than 1,000 yards, and 12 scores. They will be joined by Austin Russell, Val Mooty, Jake Connelly, River Woods, and Cameron Clendening. After emerging late last season, Smith Cochran should be the primary ball carrier behind an experienced offensive line.

“I think we’ll be solid on defense,” said Williams, who is beginning his sixth season at ESD. “We’ve got some key returning starters at the right positions.”