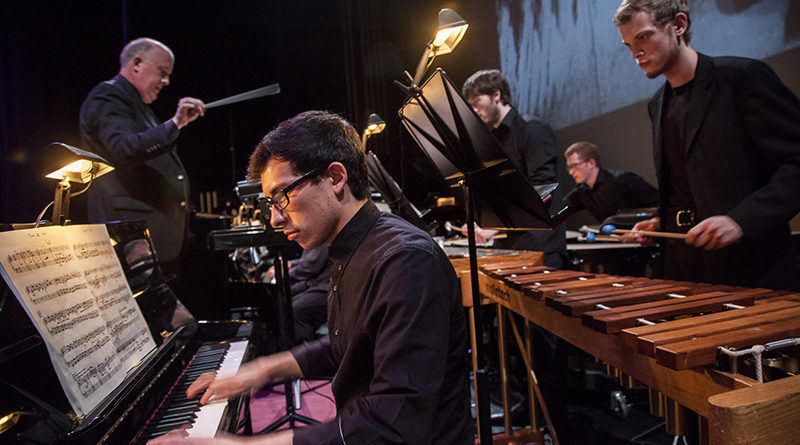 The Meadows Percussion Ensemble at SMU Meadows School of the Arts will present its first alumni concert to honor Doug Howard, who founded the ensemble in 1975 and recently retired after more than 40 years of teaching percussion at Meadows. Howard served as both adjunct professor of percussion at SMU and principal percussionist at the Dallas Symphony Orchestra from 1975 until his retirement in 2018.

“Doug’s former students and Percussion Ensemble members have gone on to distinguish themselves as musicians, professors, and entrepreneurs around the world, and we are thrilled to welcome many of them back to campus for our first-ever alumni concert,” said ensemble director Jon Lee.

“In his 43 years at SMU, Doug influenced and mentored hundreds and hundreds of talented students. As Meadows celebrates its 50th anniversary, it is fitting that we honor a faculty member who has been a respected and admired professor at Meadows for almost that entire time.”

Admission is free and no tickets are required.

Parking is available at Hillcrest and Binkley and in the garage beneath the Meadows Museum (enter museum garage through the left gate only).

Under the direction of Jon Lee, the concert will feature 10 works, including the premiere of seven new pieces composed for the occasion by percussion/composition alumni and colleagues.

Dickey’s Owners Look to Back the Blue With Barbecue

Summer Auditions Coming Up for TEDxSMU

Olivella’s to Celebrate Reopening with Free Pizza and Soda