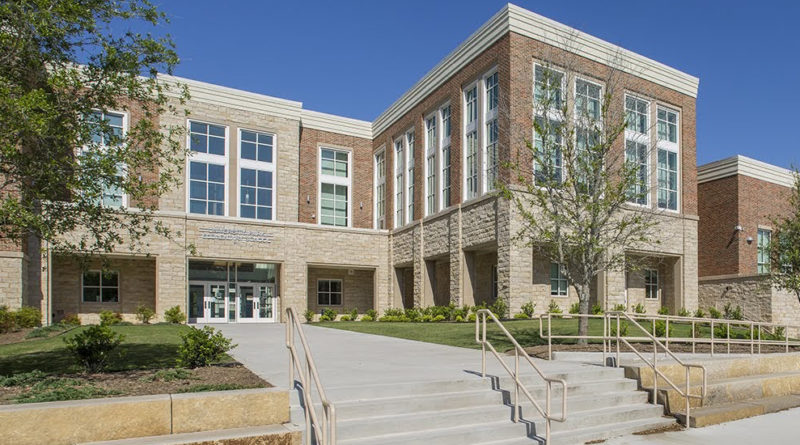 Highland Park ISD’s fifth elementary school could get a name next week – one synonymous with civic service, especially in the area of education.

The Board of Trustees on Sept. 10 will consider a recommendation to name the school in honor of Highland Park High School alumnus Michael M. Boone, the district announced on Thursday.

“Put simply, Mike Boone is a giant who is deeply respected in our community and beyond,” school board president Jim Hitzelberger said. “Mike’s committed service to the Park Cities and Dallas community, his high level of involvement, his ethical leadership and his extraordinary vision are unsurpassed.”

The recommendation follows a process that involved more than 300 submissions from the public to name the school, which will open with its own attendance boundary at the start of the 2020-21 school year. A committee comprised of trustees Hitzelberger, Kelly Walker and Edward Herring reviewed the nominations, which included several distinguished alumni, present and former staff members as well as other dedicated volunteers.

“Highland Park ISD is indeed fortunate to have many outstanding individuals and names from which to choose for a new school. This was a very difficult decision that was made after significant deliberation,” Walker said. “In the end, we believe Mike’s profound impact on our school district, community, and the state puts him in the same unique class as John S. Armstrong, Robert S. Hyer, Arch H. McCulloch, and John S. Bradfield.”

Boone has served HPISD in many different capacities dating back to his election to the School Board in 1989. He was a member of the board for seven and half years and was president for three years.

Soon after joining the board, the Texas Legislature enacted a statewide school finance plan known as Robin Hood, which required property tax revenue from property-wealthy school districts to be “recaptured” and distributed to property-poor districts.

“Mike’s unique skill set gave him a powerful voice to influence statewide elected officials and lawmakers. He was successful in convincing them that funds raised by communities through local bond elections to support construction projects should not be subject to recapture by the state,” Hitzelberger said. “That effort alone is estimated to have saved millions of dollars for school districts throughout the state over the last two decades.”

Dr. John Connolly, who served as HPISD Superintendent from 1990-2003, while Boone was board president, said, “Mike Boone is one of the most amazing people I’ve ever met in my life. He gives new meaning to the word ‘giver.’ It’s not even close as to whom you should name that school after and that’s Mike Boone. He is a gift to Highland Park, a gift to SMU, a gift to his community and a gift to his church. He’s a superstar in every way. There’s a special place in heaven for that man and he’s earned it.”

Boone’s advocacy for public education, however, has not been limited to supporting Highland Park ISD.

“Mike Boone’s first love has always been Highland Park ISD, but he has certainly understood, more than anyone I’ve ever encountered, that Highland Park can only be successful if Dallas and the rest of the state are successful too,” former Texas Commissioner of Education and former Dallas ISD superintendent Mike Moses said. “Mike has been a passionate advocate for more public education funding at the state level for all school districts in Texas, and he worked for more than a decade to ensure that the Robin Hood system was fair and constructive, even long after his service on the HPISD Board.”

During Boone’s tenure as president of the Dallas Citizens Council, Moses was superintendent for Dallas ISD. Moses said Boone was able to rally the leadership of the Dallas business community to support a $1.2 billion bond election, Dallas ISD’s first in 10 years, to accommodate growth of more than 20,000 students during that period.

Boone has already been part of history with Highland Park ISD. On Jan. 24, 1949, he and half of his University Park Elementary classmates and teachers walked together from UP to open the new Hyer Elementary School on its first day of classes. After graduating from HPHS in 1959, he attended SMU, followed by the SMU School of Law.

Additional honors include: Distinguished Alumnus of SMU Dedman School of Law (1990); Next Millennium Award from the Freedom’s Foundation at Valley Forge for involvement in education (1999); Justinian Award for Public Service (2004); Friend of the Year Award from the Friends of Texas Public Schools (2006); the Jack Lowe, Sr., Award for Community Leadership (2006); and the J. Erik Jonsson Ethics Award (2008) from SMU’s Cary M. Maguire Center for Ethics and Responsibility.

“Mike Boone is a living example of what it means to Enter to Learn, Go Forth to Serve,” HPISD Superintendent Tom Trigg said. “He understands that service to others does not stop at the borders of the Park Cities. He has left an indelible mark on this state and this community by devoting his significant time and extraordinary talent to public service. When you talk about role models, look no further than Michael M. Boone.”

Boone and his wife, Marla, have two children – Maryjane Bonfield (’96) and Michael H. Boone (’93) and five grandchildren in or soon to be in HPISD. The Boones are longtime members of Preston Road Church of Christ. The firm he co-founded, Haynes and Boone, LLP, is an international corporate law firm with 17 offices worldwide. With 550 attorneys, Haynes and Boone is ranked among the largest law firms in the nation by The National Law Journal.

The Highland Park ISD Board of Trustees will consider the recommendation to name the school Michael M. Boone Elementary School at its regular meeting beginning at 5:30 p.m. Sept. 10, in the 7/8 Assembly Room at Highland Park Middle School.

Highland Park ISD’s newest elementary school is located at 8385 Durham and is serving as Hyer Elementary while the school is being rebuilt. A committee is working this fall to draw new attendance boundaries for Armstrong, Bradfield, Hyer, University Park and the new school to become effective in August next year. 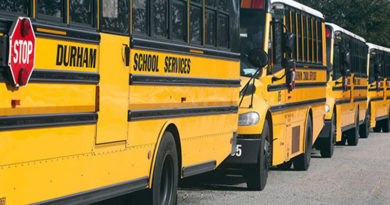