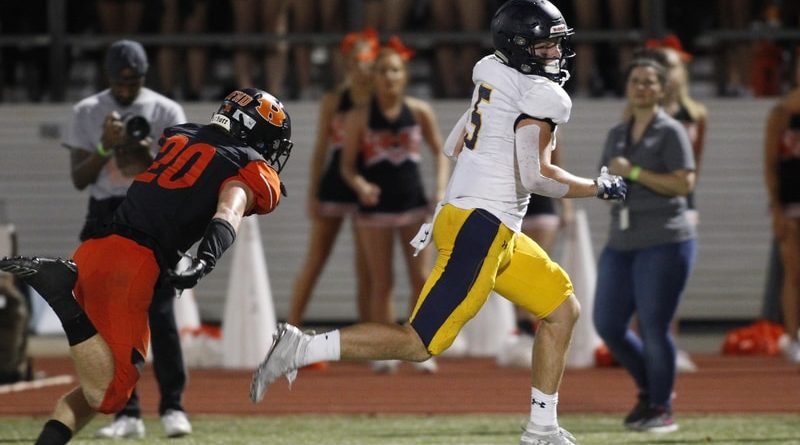 After a season opener filled with offensive fireworks, what can Highland Park do for an encore? Just keeping their winning streak alive would be fine with the Scots.

HP has won a school-record 32 consecutive games entering Friday’s nondistrict matchup against Mesquite Horn at Hanby Stadium. And the latest addition to that list was certainly among the most dramatic.

The Scots (1-0) rallied from a 17-point first-half deficit for a wild 66-59 victory at Rockwall, led by a phenomenal effort by quarterback Chandler Morris. The senior, who is verbally committed to Arkansas, showcased his dual-threat skills by passing for 479 yards and five touchdowns, while also rushing for 185 yards and four scores. That was despite being banged around by an aggressive Rockwall defense.

Case Savage and Ben Smith combined for 277 receiving yards and three scores, while Hunter Heath caught two touchdown passes out of the backfield before exiting early with an injury.

So the HP offense already appears to be in midseason form, but what about the defense? Despite a critical late interception by Prince Dorbah, the Scots haven’t allowed that many points in a game in decades. A good portion of that is attributable to an explosive Rockwall offense led by sophomore quarterback Braedyn Locke and dynamic receiver Jaxon Smith-Njigba.

Still, with plenty of new faces compared to last season’s Class 5A Division I state championship squad, HP’s defensive unit might face a more reasonable test against Horn, which knocked off Tyler John Tyler 39-17 on the road in its opener last week.

The Jaugars (1-0) were impressive in the debut of new head coach Chris Hudler, as dual-threat quarterback Davazea Gabriel threw a pair of touchdown passes and ran for a score. Charles Crawford, a transfer from Bishop Lynch, had a 92-yard touchdown run and also caught a scoring pass.

Horn is coming off an interesting 2018 season in which it started 0-7 — including a lopsided 35-17 loss to the Scots — before rolling off five straight victories and advancing three rounds deep in the playoffs.

After one week, it appears the Jaguars have successfully carried over that momentum into this year. However, early evidence suggests that HP might be even better, too.

NOTES: HP head coach Randy Allen’s next win will be No. 394 in his career, tying legendary Brownwood coach Gordon Wood for third-most in Texas history. Allen took over for Wood when he retired in 1986. … The Scots are opening with consecutive true road games (both against Class 6A opponents, no less) for the first time in Allen’s 21-year tenure. Beginning next week, they will play three of their next four at home. … In the most recent meeting at Hanby Stadium, Horn defeated HP 42-27 in 2014, when they were district rivals. It was the Scots’ only regular-season loss that year. 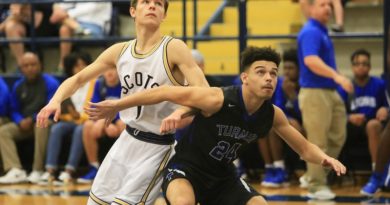