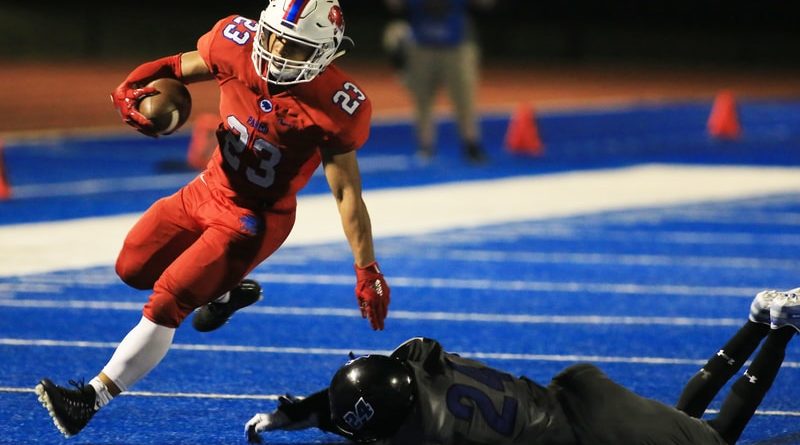 Although Stone delivered the knockout punch, Christian Benson’s four touchdowns helped the Panthers (1-0) rally from a 13-0 halftime deficit in a nationally televised matchup of teams with significant postseason expectations.

The Panthers got going in the third quarter, taking a 14-13 lead on back-to-back touchdown passes from Stone to Benson. The teams exchanged scored from there, with the Tigers assuming a 27-21 advantage on Shedeur Sanders’ third touchdown run of the game with 7:55 left.

After Parish’s Kaleb Culp recovered a fumble by the Tigers, Benson reached the end zone on a 14-yard scamper with 5:43 remaining, but the extra point was blocked.

That set up overtime, when the Panthers stopped TCS on downs on the opening possession, setting the stage for Stone’s heroics.

In the battle between two blue-chip quarterback recruits, Stone completed 14 of 24 throws for 201 yards and two touchdowns, while Sanders connected on 23 of 33 passes for 183 yards and also ran for three scores.

The Panthers will hit the road for their next two games, beginning on Sept. 13 at Tyler Grace.

Battle of Unbeaten Teams on Friday