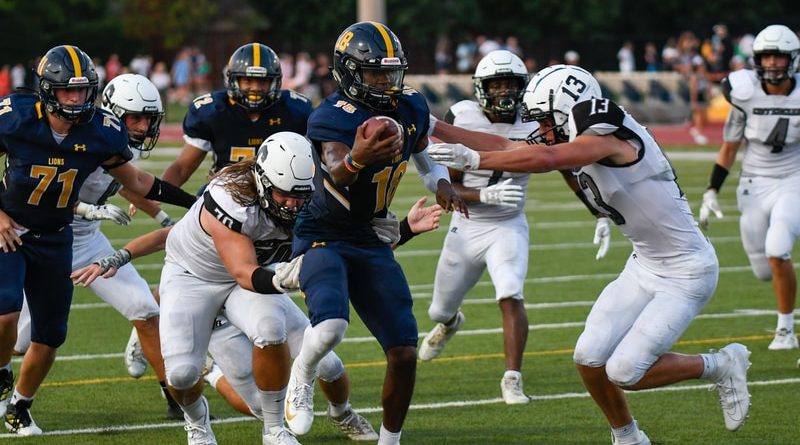 Thus far, the head-coaching transition at St. Mark’s has been a quite a success, as the Lions scored their second consecutive lopsided victory on Friday.

The 37-7 win over Cistercian in the home opener at Hunt Family Stadium gave St. Mark’s consecutive victories under Hayward Lee by a combined margin of 81-20.

Lee began his second tenure as the school’s football coach after previously holding the same job from 2003 to 2007. He’s also been a successful lacrosse coach in the interim.

On Friday, Anthony Andrews passed for 264 yards and two touchdowns, and also ran for 100 yards and a score, in his second start at quarterback.

Both of his scoring passes went to Paxton Scott in the second quarter, covering 70 and 42 yards, as the Lions (2-0) raced to a 34-0 halftime advantage.

Andrews ran for touchdowns of 3 and 84 yards in the first quarter, and Kasen Roberson also reached the end zone on a 1-yard plunge as part of the early barrage.

Meanwhile, the St. Mark’s defense intercepted three passes and shut out the Hawks for the first three quarters. Cistercian completed just 11 of 31 passes. Perhaps more importantly, the Lions stifled a Cistercian rushing attack that tallied more than 400 yards during a 55-point outburst one week earlier.

St. Mark’s will look to keep its momentum going with a home game next week against Houston Kinkaid to open SPC 4A play. It’s the first of four consecutive contests against Houston-area schools for the Lions, who dropped all four games during the same stretch a year ago. 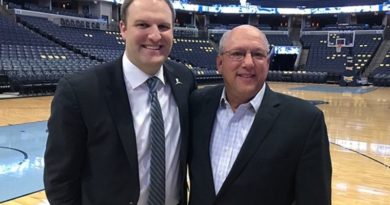 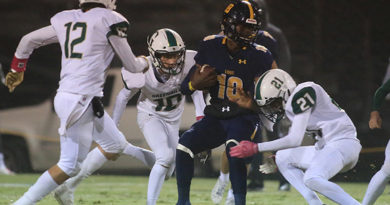