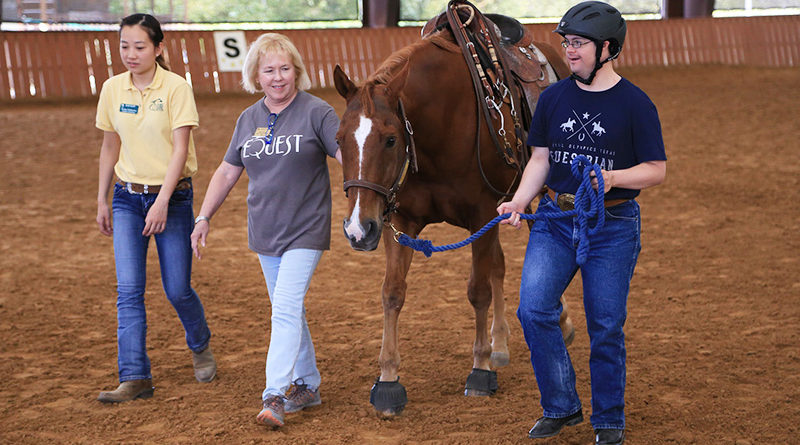 A day before his death in December 2017, entrepreneur and philanthropist Al G. Hill Jr. enjoyed watching a video sent by a family friend.

The friend suspected she had just wagered on one of his horses at the races in New Orleans. She had: Highland Park Hero.

Hill’s oldest daughter, Heather Washburne, told that story at the Texas Horse Park, where construction of the Al Hill, Jr. Family Arena recently got underway beside other Equest facilities.

Equest works “to enhance the quality of life for children and adults with diverse needs by partnering with horses to bring hope and healing through equine-assisted activities and therapies,” according to equest.org.

The nonprofit, supported by many donors in the Park Cities and Preston Hollow, offers equine therapies to address physical and emotional needs, and Hill wanted to help the agency add a second arena.

“This is one of the projects he was so excited about,” Washburne said. “He just always loved horses.”

Her father, the oldest grandson of oilman H.L. Hunt, also felt great compassion for those who had suffered trauma, especially if they didn’t have the resources to seek the kinds of therapy he could afford, she said.

“No one has fulfilled the mission at the Texas Horse Park better or more successfully than Equest.” -Mitch McCrea

In 2003, Hill, then 58, suffered a spinal cord injury that left him wheelchair dependent. He never tried equestrian therapy but did benefit from other treatments, including aquatic, his daughter said. “During therapy, he could walk.”

Al Hill Jr. Family Foundation provided $1.2 million for the $3 million expansion, which includes the arena, a classroom, and storage space. Phase I – construction of the 85-by-200 foot arena – could wrap up by Jan. 3, Equest CEO Lili Kellogg said.

Mitch McCrea, president of the Texas Horse Park Foundation, praised Equest not only for its work providing therapy but also for its contributions to the horse park.

The park, funded by the 1998 Texas Trinity Corridor bond program, held its grand opening in 2015.

With 302 acres in the heart of the Great Trinity Forest, the park “provides a break from city life” and “opens up a world of equestrian adventure and a glimpse into the early days of Texas ranching and farming along the Trinity River,” according to texashorsepark.com.

“No one has fulfilled the mission at the Texas Horse Park better or more successfully than Equest,” McCrea said.

He also talked about the cultural and economic importance of horses.

Texas leads the nation in horse population with more than 1 million and employs more than 40,000 full-time workers in the state’s $6.25 billion equestrian economy, McCrea said.

Equest, which McCrea described as “busting at the seams” on 40 acres and in need of more horses, helps riding enthusiasts by also sharing its facilities.

His prediction: “This is the second arena but not the last.” 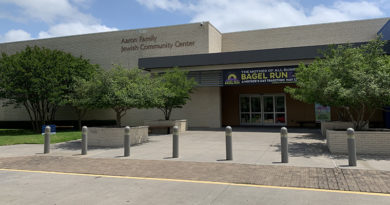