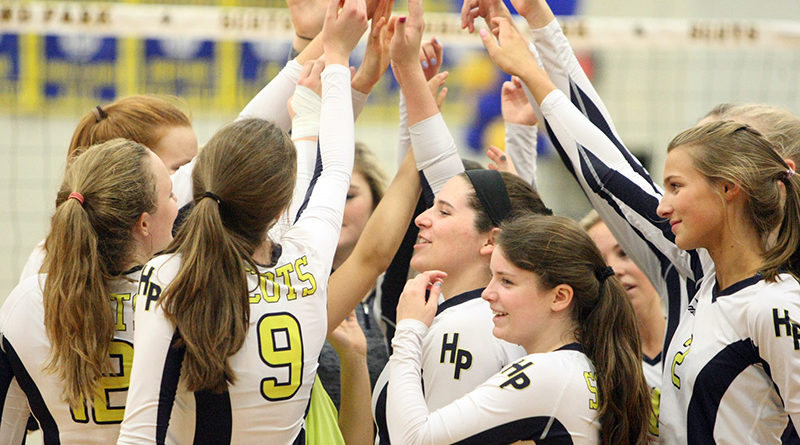 It was a heartbreaking end to the 2018 season for head coach Michael Dearman and the Highland Park Lady Scots volleyball team.

After winning District 11-5A and cruising to a first-round playoff victory over Sunset, the Lady Scots drew perennial powerhouse Frisco Wakeland in the second round. After dropping the first set, the Lady Scots took sets two and three and looked primed to pull off the upset in set four.

“They are all very talented, and highly respected by their teammates.” – Coach Michael Dearman

But Wakeland rallied, winning set four and barely holding off Highland Park in the fifth and deciding set, 19-17, to eliminate the Lady Scots from the postseason. It was the third straight year that the Lady Scots lost in the second round of the playoffs.

But Dearman, who last year won his 600th game as a head coach, returns a highly experienced roster in 2019 and has set an early-season goal of merely winning another district title.

“Our expectations are very high this season,” Dearman said. “We have a very talented and experienced team this year. We have several players with three or four years of varsity experience and great leadership.”

That squad includes senior captains Avery Hullmuth, Jeanne Tulimieri, and Kendyl Reaugh, along with fellow seniors Kate Nugent and Lauren McMahon. Together, Dearman said, the five seniors have competed on the varsity squad for the majority of their high school careers and are looking for a deep playoff run to cap off their time at Highland Park.

“They are all very talented, and highly respected by their teammates,” Dearman said.

The underclassmen are exciting as well, Dearman said, as three freshmen join the team in Sydney Breon, Ceci Gooch, and Grace Braner. Sophomore Bela Alomar joins the varsity squad this season as part of a talented group along with Emily Hellmuth, Kennedy Westendorff, A.C. Nichol, and Carter Ching.

An intense pre-season schedule could prove crucial for the Lady Scots going into district play. After an undefeated run last year in 11-5A, Dearman is hoping playing above the 5A level in pre-district will get his team ready for the rigors of November volleyball.

“We had a very tough pre-season schedule, including matches against six of the top 6A teams in the state, and two top nationally-ranked teams,” Dearman said. “I thought we competed very well and have improved as a result of great competition.”

The real test for Highland Park will come in the playoffs, as the Lady Scots look for that elusive second-round victory.