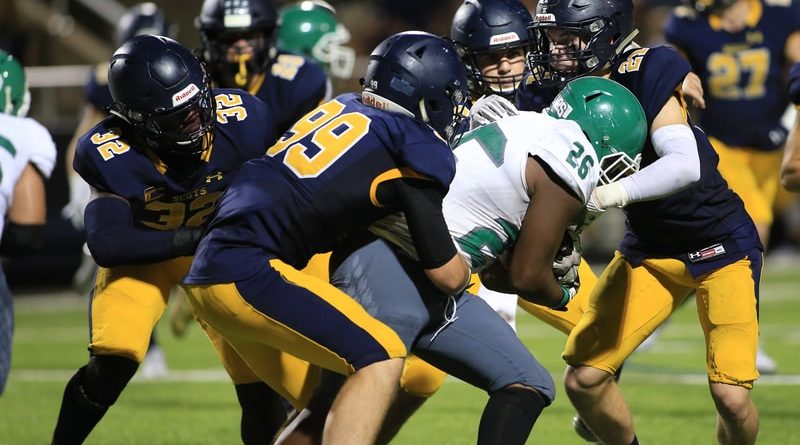 Highland Park’s quest for a fifth consecutive district championship got off to a spectacular start last week, when the Scots blistered Bryan Adams 62-0 in the 6-5A Div. I opener.

HP will be heavily favored again on Friday, when it faces another Dallas ISD foe, Woodrow Wilson. Kickoff is set for 7:30 p.m. at Franklin Stadium on the Hillcrest High School campus.

The contest might lack the drama of the Scots’ high-profile nondistrict clashes with Rockwall and Frisco Lone Star, but it’s just as vital to their overall objectives.

Plus, it gives HP an opportunity to carry momentum into a much needed bye week to rest and recuperate following a grueling first half of the season.

Senior quarterback Chandler Morris threw five touchdown passes — including three to Ben Smith — and also rushed for a score against the Cougars. And that was just in the first half. After halftime, the Scots (3-1, 1-0) allowed their backups to shine.

Morris now has 1,387 passing yards and 12 touchdowns through four games (not to mention nine of HP’s 15 rushing scores). Meanwhile, Smith now leads all receivers by a wide margin with 31 catches and 553 yards.

The Wildcats (0-4, 0-1) have struggled especially on defense, allowing almost 40 points per game. They were drilled 50-14 last week in their district opener against Mansfield Timberview.

Swimmers, Wrestlers at Regionals This Weekend

Where Will the Scots Fit in Class 5A?