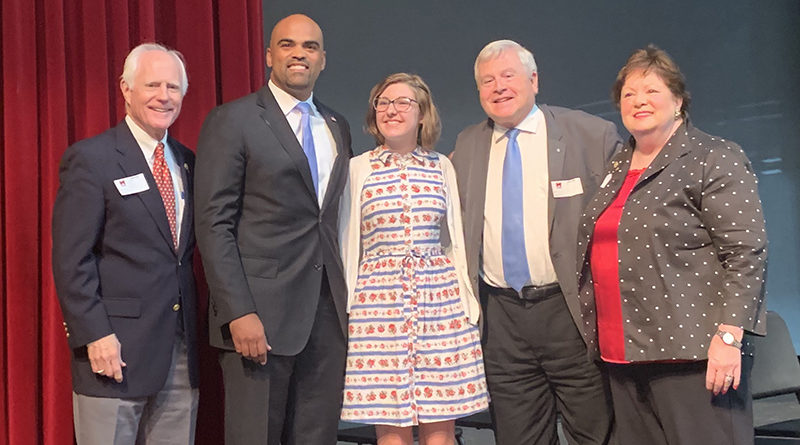 In today’s world of social media, where overnight sensations and Instagram influencers can make life seem easy, carefree, and luxurious, teens may find it difficult to understand why hard work is required.

U.S. Rep. Colin Allred, D-Dallas, didn’t face such confusion when he attended Hillcrest High School a couple of decades ago.

Chasing likes, retweets, and follows won’t have great carry over for most in the world that students will step into upon graduation, he advised them.

Growing up as the child of a Dallas ISD teacher, he learned from a young age the importance of education and putting in the work, he said.

“I had what God gave me and hard work,” the congressman told students during a recent return to campus. “With enough work, you can create your own luck.”

Allred’s recent visit to campus came at the invitation of the Rotary Club of Park Cities and the Interact Club it sponsors at the school. He served as the key speaker for the club’s kickoff event in September.

“Interact clubs bring together young people ages 12-18 to develop leadership skills while discovering the power of service” and finding “out serious leadership can be seriously fun,” according to rotary.org.

“With enough work you can create your own luck.” -Colin Allred

Ashlyn Vandergrift, a senior, is the president of the Hillcrest Interact club.

She became involved after a conversation with a biology teacher prompted her to attend a meeting where she learned of the Rotary and Interact motto “service above self.”

Vandergrift said she liked the idea of an outlet where she could serve others and contribute to the community. Doing good would be as good for herself as well, she said.

The Hillcrest club gets involved with projects such as a Trinity River clean up, packing food for the North Texas Food Bank, and working a tree lighting festival.

Allred, a former football player, graduated from Hillcrest High School in 2001 and went to Baylor University on scholarship.

From Baylor, he went to play for the Tennessee Titans, became a civil rights attorney, and won an election to represent the 32nd congressional district.

None of those steps were from mere luck; they took dedication, he told the students.

While talent is a good thing to have, there was no substitute for good old-fashioned hard work, Allred said.

Not too long-ago, Allred found himself in the same spots as the Hillcrest students. He sat in the same auditorium seats.

His education at places like Hillcrest High School helped him prepare for his current job, the congressman said. He took advantage of activities the school offered like football, basketball, and student council and encouraged the students to do the same because it will prepare them for their future.

Allred urged them not to stand by and just be spectators because democracy is not a spectator sport.

It requires involvement, he said. “If you are not at the table, you are on the menu.” 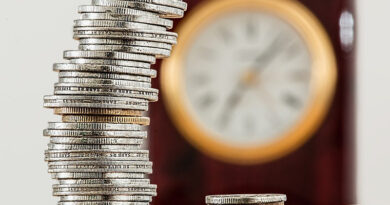 How to Get Your Teen to Care About Managing Money