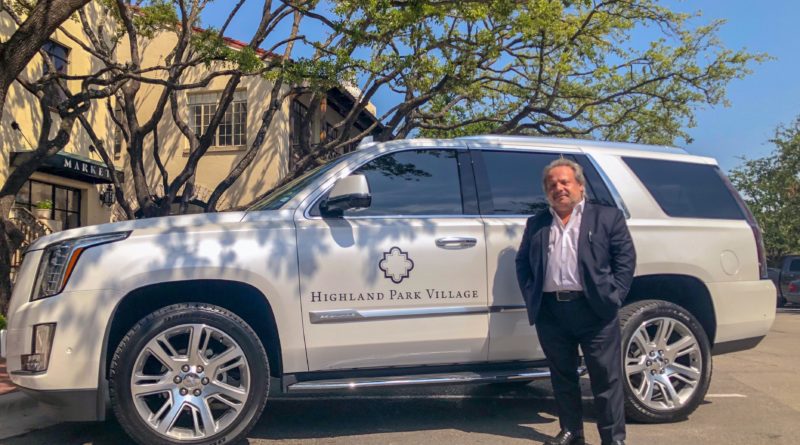 Giancarlo “GC” Angioni took a while to get to Texas.

Though he was born in Belgium, he is 100% Italian.

Angioni spent time in the Netherlands, France, the Philippines, Japan, and Mexico before settling in Dallas 15 years ago. Once here, he got started in the limousine industry.

Now? Find him in around Highland Park Village as part of the shopping center’s initiative to expand complementary services to guests and neighbors.

Angioni picks up and drops off guests between Highland Park Village and Dallas Love Field and provides transportation to homes and hotels within a 5-mile radius.

When asked what he enjoys about the chauffeur business, he was quiet for a few seconds before responding. “I don’t know,” he said. “But I like talking to people.”

He isn’t boastful or loud. Instead, he’s the calm, diligent type, taking care to notice if a guest would prefer a quiet ride or a pleasant conversation. He’s happy to provide either, in whichever language you choose.

Angioni smiled humbly before listing them. Italian, English, French, Dutch, Spanish, and Japanese. “And I’m working on Chinese,” he added.

Having these languages in his pocket helps him connect with the variety of people who visit Highland Park, Angioni said.

Imagine exploring a city by yourself, employing English to get around, but then getting to converse in a language you grew up speaking or one you haven’t practiced since in college.

Having returned from studying abroad in Paris, I introduced myself to him in French, a language I already feel slipping away from lack of practice. He immediately responded, and we were able to hold a conversation long enough for me to feel excited there was someone I could practice with in Dallas.

Though he won’t bring it up himself, ask him about living in Italy or his time in Mexico, and he will brighten, sharing stories from an incredible life of travel.

By the time he opens your door at the end of a ride, you will feel as if you, too, have tasted the world’s best dishes and experienced the thrilling effect of music. 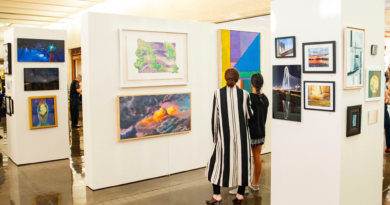 What Are You Trying To Say?