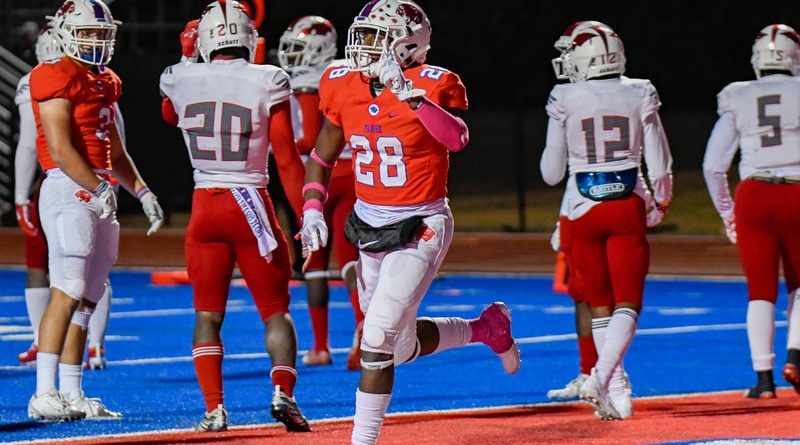 Parish Episcopal lost twice to Bishop Dunne last season — once in TAPPS league play and again in the state semifinals.

The Panthers got their revenge on Friday by routing the defending state champion Falcons 37-14 in their district opener at Snyder Stadium.

Cauren Lynch ran for three touchdowns, while dual-threat quarterback Preston Stone was efficient with his arm and his feet, despite not throwing a touchdown pass for the first time this season. Stone was 19-of-24 passing for 191 yards, and he also rushed for a team-high 44 yards and score.

The Panthers (5-1) took control late in the first half. Stone gave Parish the lead for good with a 12-yard scamper to the end zone, and two minutes later, Colby Blatnik scooped up a fumble and returned it 69 yards for a touchdown.

Parish pulled away with two more Lynch scores after halftime, along with a late safety that stretched the margin to 37-8.

The Panthers have surpassed the 30-point barrier in all five of their wins this season. They will travel to face Bishop Lynch next week.

Novakov Takes Over for Nady at Parish