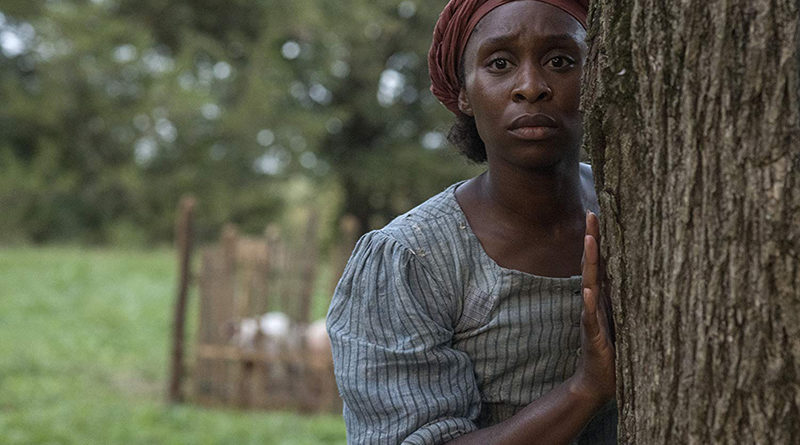 Let me first start by saying it was nice to experience a movie about black history without it having to be the month of February.

That is exactly what Harriet was for me. It was an experience. Everything from the clothing the characters wore to the soundtrack created by Terence Blanchard, a six-time Grammy Award winner.

The movie follows the trek of Araminta “Minty” Ross, who came to be known as Harriet Tubman, from the time she first liberated herself from slavery to how she became involved in the freeing of hundreds of slaves. Tubman went on to become the most famous “conductor” in the Underground Railroad.

Throughout the movie, Tubman comes across as an extremely proud woman who refused to be told no.

“There are two things I’ve got a right to, and these are, Death or Liberty – one or the other I meant to have.” –Harriet Tubman

This movie’s scenes were spread over a lot of different locations and dates and I found myself wanting to go online or read a book to verify. A movie that can spark some thought is a movie for me.

Not only was this not your classic “bash whites (slave owners) and make blacks angry” movies, it had many deep messages embedded. The movie hinted at important parts of slavery such as illiteracy, religion, and fear.

Although Tubman possibly suffered from what we now call narcolepsy, the exact diagnosis was not verbally identified, more so implied. Her “episodes,” where she claimed to have heard God’s voice, led to some of her most courageous actions.

Cynthia Erivo wonderfully portrayed Harriet Tubman. Erivo is a British actress who is best known for her performance as Celie in the Broadway musical The Color Purple. From her dark skin to her face shape, her resemblance to the photographs we know to be the real Tubman is pretty darn close.

This film will be well received by movie-goers both young and old. I believe the film encourages a study of the past and open conversations of what occurred during the times of slavery.

The movie is in theaters on Nov.1.