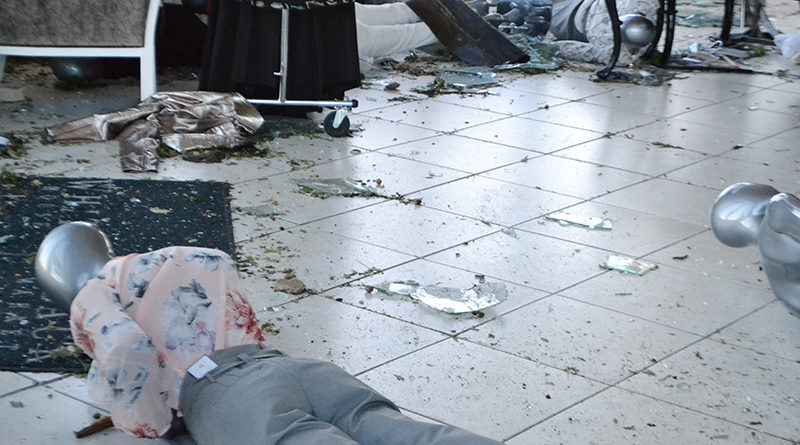 For our continuing coverage of the tornado and its impact, visit peoplenewspapers/category/tornado.

It began with the litany of Apple products warning of an impending tornado warning. But it wasn’t long after the National Weather Service issued the warning at 9 p.m. Sunday that sirens began wailing, and lights flickering.

Our family, like most in the Preston Hollow area, took to an interior closet. When we emerged, our home was unscathed. But hundreds in the path the tornado took from Interstate 35 and Walnut Hill Lane through Walnut Hill and Marsh Lane, across Midway Road and through Preston Hollow before hopping U.S. Highway 75 and heading east were not so lucky.

The night was spent disseminating information about school closures, road closures, and announcements from various officials.

Come morning, we took to the roads to better report what was going on.

I’ve covered several tornados in my career as a journalist, but the destruction they leave is something that takes your breath away every time. Driving up to Preston Road and Royal Lane, which seems to be the epicenter for a lot of the worst of the damage, is a prime example of how capricious a tornado is — in some places, traffic signals are working and there is very little in the way to tell you a storm blew through last night. But once you cross Preston Road and Northaven Road, the traffic slows, and then you’re forced to turn around and head back.

Preston and Royal are completely shut down. The shopping centers at the north side of the intersection sustained damage, but the shopping centers to the south took the brunt. Windows have been blown out of shops like Nothing Bundt Cakes, White House Black Market, and the nearby McDonalds.

The far south side of the shopping center took the most damage, with the roof completely sheered off of Interabang Books and its neighbors, the Sample House and Hollywood Feed. Water cascaded from the sprinkler systems, ponding in a parking lot full of mangled cars and tree branches haphazardly shoved around by last night’s tornado.

Dazed neighbors on foot were wandering around, shocked at the destruction. “I live a couple blocks that way,” one woman told me, motioning north. “We were OK. I hope everyone was safe here, too.”

It was no surprise that by afternoon, the National Weather Service survey team had determined that the estimated 140 mile-per-hour maximum winds for the tornado that hit the area were consistent with an EF-3 rating.

Central Market sustained damage, and store officials said they were working to clean up and make repairs.

“We are grateful to report no serious injuries were sustained inside or outside of the store during the tornado. Our partners on site took immediate action to ensure the safety of all involved,” said Mabrie Jackson, director of public affairs for H-E-B/Central Market. “Unfortunately, our store experienced significant damage during the storms and will remain closed until clean up and repairs can be completed. We will work quickly to get this neighborhood store up and running as quickly as possible to serve our customers as they recover from the storm.”

Interabang Books General Manager Kyle Hall said it’s likely he will open the store in a temporary location after the Preston Oaks Shopping Center where the store is located sustained heavy damage.

“I saw it last night in the dark. That the big (shopping center) took a big hit was certainly apparent,” Hall said. “(From) all the way from the Gap (store) to Talbots, it looked like the roof had been sheared off.”

He said there was a lot of water damage from burst pipes, too.

Hall said he’s waiting for the landlord to inform them of the plans for the shopping center after the storm, but the book store will be back.

Walking along Royal Lane near Preston Road with @LeeforDallas looking at the damage. pic.twitter.com/0XlKF8LAMo

The North Dallas Chamber of Commerce, whose offices were also in the path of the tornado, is also preparing for a clean up.

“Unfortunately, the NDCC building has suffered extensive damage and for the foreseeable future, we will need to either postpone our programming or seek other venues,” said NDCC president and CEO Ken Malcolmson. “The good news is that our entire staff is safe. We will be assessing the situation as the day progresses and provide updates as we know them.”

St. Marks sustained damage as well, with the school’s athletic department tweeting that the school “took a direct hit from a tornado on Sunday evening.”

On the west side of Preston Hollow, daylight also displayed in heartstopping detail the damage to nearby Walnut Hill Elementary. Its Spanish-tiled roof has been ripped off the building, which was constructed in 1946. The tornado also damaged the Episcopal School of Dallas. All told, several Dallas ISD schools (including Walnut Hill, Pershing Elementary, Dealey Montessori, Kramer Elementary, Hillcrest High School, and Franklin Middle School were closed. ESD and St. Marks were closed as well.

Monday evening, Dallas ISD Superintendent Michael Hinojosa held a brief press conference to explain the path moving forward for schools affected by the tornado. While many schools will be up and running Tuesday morning since power outages were primarily the factor in their closure, several more are facing more intense scrutiny, and a few more will not reopen at all this year.

We’ll have a full roundup of impacted schools and their current status Tuesday morning, but we can share the press conference today.

Homes around St. Marks sustained similar damage, and Dallas Stars center Tyler Seguin’s home near Preston and Royal was severely damaged. However, he tweeted that the home was actually for sale, and he had moved to a new abode and was safe.

Thanks to everyone reaching out about the news tonight, I am safe. Luckily this is my house for sale and I have moved into a new one. I just left the area and it is an extremely sad sight to see. Prayers to everyone affected by the tornado. https://t.co/wT6XlUBi8N

Incredibly, there were no fatalities. Evans reported three people had been hospitalized for non-life threatening injuries.

Out assessing damage from last night’s storms. Severe property damage sustained to schools, homes, and other facilities. Thankful we have no reported fatalities or serious injuries at this time. Our first responders have been on the scene since last night. pic.twitter.com/9GEodUQo6Y

The City of Dallas has opened the Bachman Lake Recreation Center as a safe space for residents who need temporary shelter.

“For residents needing relief or are without power, city recreation centers and libraries will be open during normal business hours except for the following libraries and recreation centers: Preston Royal Branch Library, Walnut Hill Recreation Center and Willie B. Johnson Recreation Center,” the city said in its most recent update. “While the Forest Green Branch is without power, they are open for residents to check out materials or for community gatherings.”

Additionally, code compliance will not be issuing citations for brush and storm debris placed for pickup only in those areas impacted by storms. The sanitation department is utilizing 311 to identify high-volume call areas.

The county’s North Dallas Government Center at 10056 Marsh Lane is also closed until further notice due to tornado damage.

For anyone who finds a pet who got lost during the storm, or who is missing a pet, Dallas Animal Services provided some direction Monday.

“We realize that many people have been affected by the tornado in North Dallas last night and that pets may be loose this morning.,” the agency said. “Our field officers will be patrolling the area to help reunite pets with their owners. If you are missing your pet in the wake of the storm last night, please call 3-1-1 to report your missing pet.”

“We are also diligently working with the Emergency Operations Center (EOC) to support people who have pets that were affected by the tornado last night,” they continued. “There is temporary shelter located at Bachman Recreation Center where pet food and kennels will be supplied for people staying there with their pets.”

“By issuing this declaration, Texas is providing local officials with the resources they need to quickly respond and recover from this storm,” said Governor Abbott. “My heart goes out to the Texans impacted by this severe weather, and the people of Texas can rest assured that the state will do everything it can to assist those affected by these horrific storms.”

You can clearly see the path from last nights tornado from the air. Taken from a flight out of Love Field from r/Dallas 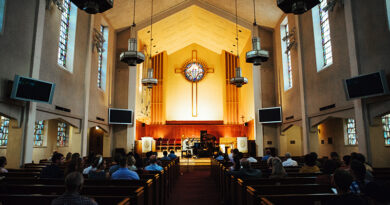