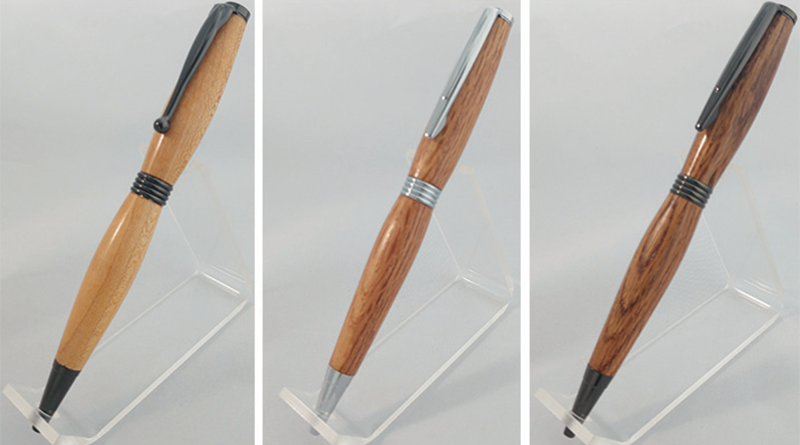 Inspired by a friend’s Facebook posts, Andrew Hamilton learned how to turn pens on a lathe several years ago.

“I thought it looked really fun, so I just called him out of the blue one day and asked him to teach me,” Hamilton said.

Since then the 1994 graduate of Highland Park High School has used his new hobby to create keepsakes for those wanting to preserve memories of the old campus buildings in the Park Cities.

“I thought it was a fun way to let someone hold a piece of their history in their hands.” -Andrew Hamilton

Hamilton makes pens from the wood salvaged from the torn down elementary schools of University Park, Bradfield, and Hyer, as well as the stage of Armstrong. “I thought it was a fun way to let someone hold a piece of their history in their hands,” Hamilton said. “It’s something tangible that you can use every day that’s a piece of the school.”

He sells the pens to alumni and others who may be interested and donates 25 percent of each sale to the Highland Park Alumni Association.

“The coolest thing has been meeting so many people,” Hamilton said. “I made some pens for a woman, and when I took them by her house, she answered the door, and she said, ‘Hey, I babysat
you when you were a kid, and we ended up talking for half an hour. Then last year, a sister of a buddy I went to high school with bought some pens for her brothers for Christmas. Later I got a message from one of them saying the pens were the coolest thing. So it’s been really neat to reconnect and also meet some new people.”

A friend who bought a Bradfield pen contacted him and said her childhood house was being sold. She asked if Hamilton could make pens from the wood of the house, and he was able to oblige. He also turns pens from the wood of historic baseball stadiums, such as Wrigley Field and Fenway Park, but the Highland Park ISD elementary school pens have proven surprisingly important to him.

“It’s kind of funny,” Hamilton said. “When they were tearing down University Park and Bradfield, people were getting a little emotional about it, and I was thinking, ‘It’s just a building.’ But I’ll be honest, when I walked into Hyer to get the materials out of there, I kind of started to understand, because it was my childhood, and it was where I went to school, you know?” 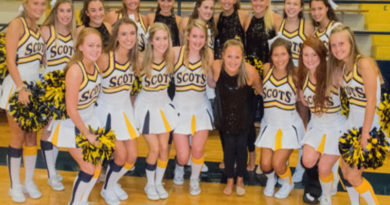 Give a Little, Grow a Lot