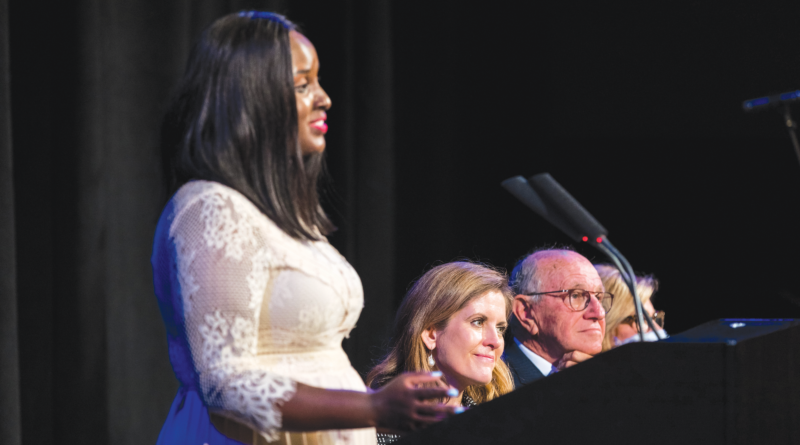 Focusing on human rights violations throughout history, the new Dallas Holocaust and Human Rights Museum tells the stories of genocide victims around the world.

“I saw myself because the museum represents every survivor of hate crimes,” Rwandan genocide survivor Lydia Nimbeshaho said.

Her favorite part of the museum is the Memorial and Reflection room because she never had the chance to mourn her loved ones properly.

Her memories of the genocide came back as she visited the Rwandan genocide exhibit.

“It’s intense, but it’s also a beautiful feeling to see where we came from and where we are.” -Lydia Nimbeshaho

Only 25 years ago, an estimated 800,000 Tutsi people were brutally murdered in three months.

Speaking at the museum opening, Nimbeshaho told of her parents’ murder when she was only 6. Forced to live in an orphanage, she and her 10-year-old sister had to care for their younger siblings.

Nimbeshaho sobbed as she described the dehumanization and betrayal at the hands of the Tutsis’ neighbors, friends, and even family members.

Despite the tragedies she’s overcome, Nimbeshaho has learned not to carry the burden of hatred on her back.

When her children ask who the killers were, she assigns blame only to prejudice, careful not to continue a cycle of hate. She doesn’t want her kids to “grow up thinking every Hutu is a killer.”

Ending the cycle begins with educating the young, she said.

The perpetrators “inherited the hatred of their parents, which means if they had the right environment to grow up in, they would have turned into something different,” she said.

Nimbeshaho said that what she went through gave her the strength to become an upstander. She dreams of counseling other genocide survivors to confront their mental health traumas. 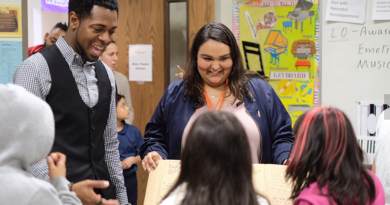 ‘The Reason Why We’re Here’