University Park police report on Saturday that Orelia Hollins, 29, and her baby continue to improve after the Nov. 2 shooting at the CVS at Mockingbird Lane and Central Expressway.

“We are happy to report that she continues to improve and is walking with assistance. Her baby boy also is improving; moving both arms and legs and squirming around,” Savage said.

He said while they appear to be recovering, they likely will remain in the hospital for a while.

Savage said Nov. 4 they have three officers working the case.

“I came in to prepare (orders Saturday), saw the caution tape… went around, talked to other managers (nearby) and pieced things together,” he said. “It’s a small community here. We appreciate the support of the community.” 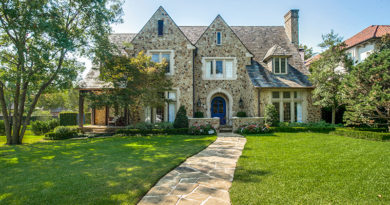 House of the Month: 3517 Centenary Avenue

Hi, Nice to Meet You. How Much Money Do Yo Make?