Months after a pedestrian was killed and another severely injured in a NorthPark Center parking garage, the families of the two men have filed suit against the mall and the driver accused of hitting them.

On March 11, 2019, Yu Luo and Shiguo Wang, who the suit says were visiting from China, were hit while entering the crosswalk on the second floor of the Nordstrom parking garage. Luo was killed, and Wang has remained hospitalized since the incident.

Attorney Marc Lenahan filed the suit in Dallas County civil court on behalf of the families of the two men on Wednesday.

The suit not only alleges that the driver, Christopher Ryan Shaw, 29, of Lewisville, intended “to do a high-speed run from the ground floor of the parking garage, upwards ramp to ramp to ramp until he reached the open expanses of the rooftop where he would burn celebratory donuts,” but that NorthPark’s parking lots and structures have been long regarded as hot spots for “joyriding.”

“For at least the eight years preceding, other joyriding drifters had done the same,” the suit says. “The NorthPark Defendants made no efforts to warn the best friends nor any of NorthPark’s guests that, when they stepped off of the curb, they were walking onto a de facto race track. Grotesquely, the NorthPark Defendants intentionally hide this from their customers.”

Named in the suit are NorthPark, NorthPark Security, NorthPark Land Partners, and NorthPark Management. Shaw, who is awaiting trial on manslaughter and aggravated assault with a deadly weapon charges, is also named.

“NorthPark is in receipt of a lawsuit filed against it related to the tragic incident on March 11, 2019. Following the incident, NorthPark immediately began its investigation alongside legal counsel and local authorities,” the mall said in a provided statement. “While NorthPark remains deeply saddened by this incident, NorthPark unequivocally denies all claims of wrongdoing asserted in the lawsuit. Beyond that, NorthPark cannot comment at this time on pending litigation.”

The suit seeks at least $1 million for each family, as well as the closure of Northpark’s parking lots for a year.

We will have more on the story tomorrow. 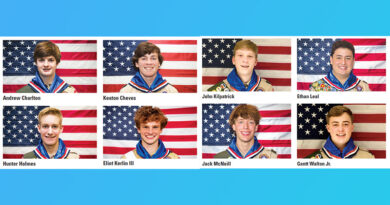