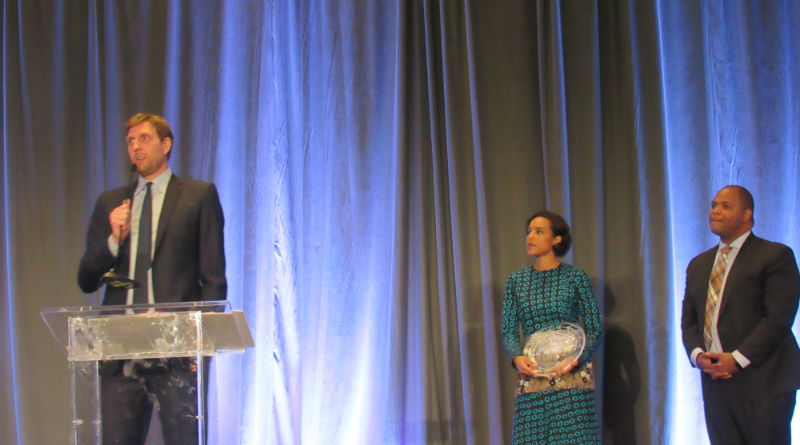 Dirk and Jessica Nowitzki received the Judge Barefoot Sanders Champion of Children Award from Dallas CASA Nov. 14 for their efforts to improve the lives of children in the Dallas area.

Dallas CASA is a nonprofit that provides trained and supervised volunteers from the community to advocate for abused and neglected children.

“The children served by Dallas CASA have been removed from their unsafe homes and placed in the protective care of the state. These children are frightened, they are confused and they’re unsure who they can rely on in the complex and very adult child welfare system,” event co-chair Virginia Schaefer said.

The Nowitzki family and the Dirk Nowitzki Foundation has been involved in causes like visiting children at Children’s Medical Center, Heroes Special Olympics softball, and Heroes celebrity baseball games.

“Not only is Dirk an exceptional basketball player, he’s an outstanding human being, too. He cared about people, he connected with fans, and he was approachable,” Mayor Eric Johnson said. “For 21 seasons, we supported Dirk and our Dallas Mavericks, but what we didn’t often see was the way Dirk was giving back in our community…after an EF3 tornado ravaged parts of our city…Dirk Nowitzki reached out to me personally…Dirk himself picked up the telephone and called the mayor of Dallas and said, ‘What can I do to help our city?’”

Jessica said she and Dirk met at a charity event and giving back is an important part of their lives.

“My mother always said, ‘Charity begins at home,’” she said. “We’re grateful to be part of this Dallas community.”

Dirk said he started the Dirk Nowitzki Foundation in 2001 and appreciated his role models on the Dallas Mavericks.

“They showed me how to be professionals on the court, but also off the court (and) that you support the community where you live, where you play, because the community comes out every night to support you,” he said. “Over the last 18 years, we supported some amazing, amazing organizations here in north Texas and (Dallas CASA) was actually one of them a few years ago.”

“During my 20 years of practice of law before I became a judge…I worked with CASA…I’ve always, when possible, when I had a case…where children needed a real voice, I begged, again and again, judges for a CASA volunteer,” Aquilina said. “I made a conscious decision to speak up and take action throughout my whole life…I want to thank you all for making that same conscientious choice to support CASA and to change the world one child at a time.” 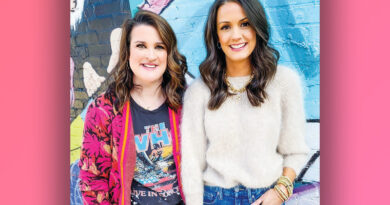