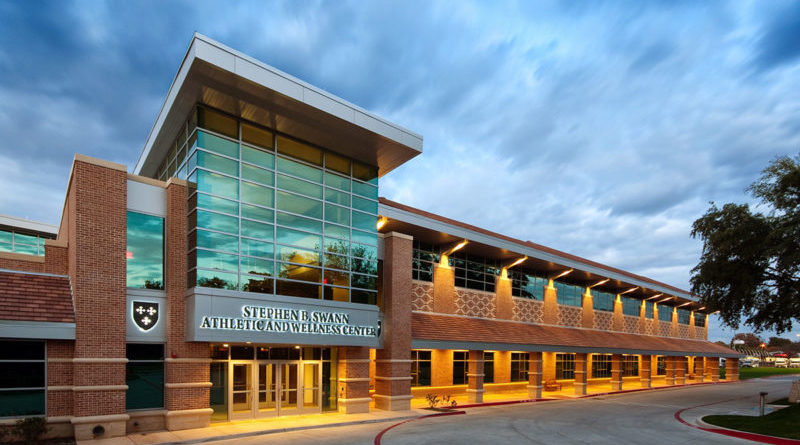 ARLINGTON — Sometimes all it takes is one play to shift the momentum of a game, and potentially a season.

In Highland Park’s case, Tanner Schrank’s interception return for a touchdown flipped a seesaw game in the Scots’ favor, and HP pulled away for a 63-28 victory over Magnolia in a Class 5A Division I area round playoff game on Thursday at AT&T Stadium.

The Scots (11-1) earned their 20th consecutive postseason win and will face a rematch with unbeaten Frisco Lone Star in the Region II quarterfinals at 3:30 p.m. on Nov. 29 at AT&T Stadium.

Dual-threat quarterback Chandler Morris had one of his most productive games of the season, throwing for 281 yards and five touchdowns while rushing for another score.

Case Savage caught three of those scoring tosses from Morris while also contributing some big yardage on punt returns. He finished with a game-high 103 receiving yards, 78 of which came on the second play of the game.

Hunter Heath continued his recent string of terrific games with 122 rushing yards on just 10 attempts with two touchdowns, as well as a receiving score.

Much of that offensive production was contained within a nine-minute span in the third quarter, when HP produced 35 consecutive points and turned a close game into a blowout against the Bulldogs (8-4).

“We’re real proud of what we accomplished offensively, but a lot of those scores were set up by turnovers from our defense,” said HP head coach Randy Allen. “[Schrank’s interception] was such a big play in the game that I think our guys started playing harder.”

Indeed, the pick-six seemed to jump-start HP on both sides of scrimmage. It was the first of four takeaways by the Scots, including two more interceptions in the third quarter by Patrick Turner and Marshall Landwehr.

“Anybody that wins in the playoffs, normally they’re going to win the turnover battle,” Allen said. “We’ve tried to emphasize that, and also field position.”

The 34-yard return by Schrank gave HP a 21-14 lead late in the second quarter, and the Scots were off and running. After a three-and-out, Savage returned a punt 17 yards into Magnolia territory.

From there, the Scots ran the two-minute drill to perfection, capping the drive with a 4-yard pass from Morris to Savage.

The Bulldogs cut the deficit back to seven points at 28-21 with a short touchdown plunge by converted defensive lineman Cedric Harris to open the second half.

However, Morris ran for a 58-yard score on the next snap for the Scots. He had minus-9 rushing yards on five carries in the first half.

That was one of several quick-strike scores for HP, who scored five offensive touchdowns in the third quarter despite running only 13 plays — much of that success due to favorable field position after turnovers.

Morris found Drew Scott for a 39-yard score to make it 42-21. Scott finished with 90 yards on three catches, for a 30-yard average.

After that, Morris threw a short touchdown strike to Savage. Heath followed with a pair of scores, on a 37-yard run and an 11-yard reception, and suddenly the lead ballooned to 63-21.

The HP defense forced another turnover early in the fourth quarter, when Landwehr forced a fumble after a catch near midfield, and Cole Filley recovered.

“We made a couple of critical turnovers. They made the plays and we didn’t,” said first-year Magnolia head coach Craig Martin. “We knew it was going to be a tough challenge. I’m really proud of the way our kids fought and competed.”

As the game got away from the Bulldogs, HP bottled up Magnolia’s Mitch Hall, who was one of the top 5A rushers in the state during the regular season. Hall tallied 73 yards on 17 carries, with 52 of those yards coming on a single play.

Travis Moore threw a pair of touchdown passes — one each to Ben Coligan and Ben Renfro (who is committed to Utah as a safety) — and also ran for a score for Magnolia. The 7-yarder to Coligan gave the Bulldogs a short-lived 14-7 advantage early in the second quarter. 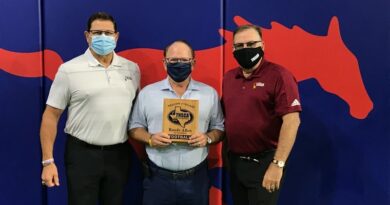 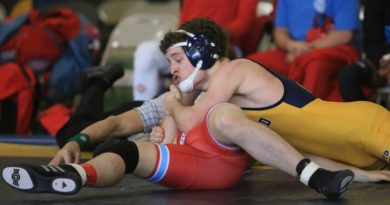