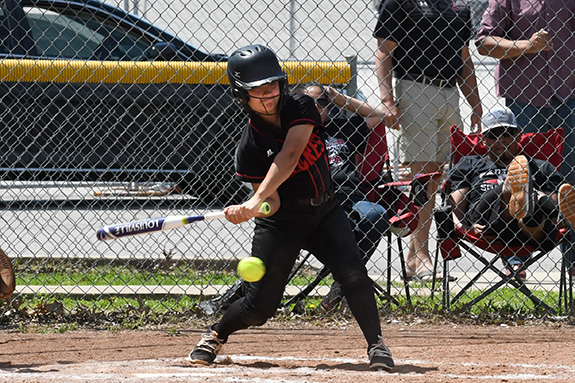 I recently fell back in love with Shia LaBeouf when I saw the movie The Peanut Butter Falcon. Actually, I more than fell in love with this incredibly talented actor–I was reminded that he existed.

Years ago, LaBeouf disappeared into obscurity after a tabloid history of drunken brawling and resisting arrest.

To be honest, I forgot all about him, which is a shame because, as I mentioned above, he is talented and deep and beautiful. He was everything in The Peanut Butter Falcon, and he is even more in Honey Boy, a film loosely based on his childhood as the son of an addict and the toxic cycles that ensued.

The movie, which opened today, is basically about a young boy, Otis, and his relationship with his father. The two live in a rundown hotel as Otis works as an actor in Hollywood. Their relationship is anything but typical. It is quite dark and depressing. The other part of the film centers around Otis as a 20-something-year-old trying to heal from his toxic childhood.

In the film, LaBeouf plays his father. Excuse me, in the movie, LeBeouf becomes his father.

This touching movie must have been challenging for LeBeouf to put out into the world, but I want to say thank you.

He shares intimate details about being put in the middle of his parent’s divorce, befriending what I assume was a hotel prostitute and possibly paying her to hold his hand, and extremely toxic and emotionally abusive relationship with his father.

I hear that LaBeouf originally wrote the bittersweet memoir as a form of therapy.

When asked about how making a film based on his script affected his rehab, LaBeouf said, “It is strange to fetishize your pain and make a product out of it and feel guilty about that. It felt very selfish. This whole thing felt very selfish. I never went into this thinking, ‘Oh, I am going to f****** help people.’ That wasn’t my goal. I was falling apart.”

While the film could have gone in many directions in characterizing LeBeouf’s father–and don’t get me wrong, we see him for just who he was, but we also see what made him that way. I think developing characters like that in movies is so important because it sets the tone for how we deal with our emotions and others in the real world.

But, instead of being a “my dad was abusive and that’s why I am who I am” movie, Honey Boy is more so a work of forgiveness. And I love that.

Standouts from the film also include both actors who portrayed Otis (or LeBeouf) in the movie. Lucas Hedges, who plays 22-year-old damaged and angrier Otis, at first sight, is not the obvious choice for the role. He looks nothing like younger Otis in the movie or LeBeouf. Though, Hedges nails the character in every way possible from mannerisms to voice.

Indeed a touching film that is actually about something that matters. Loved it. 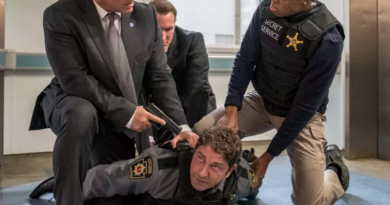 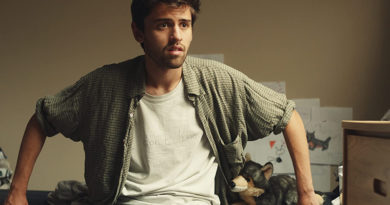 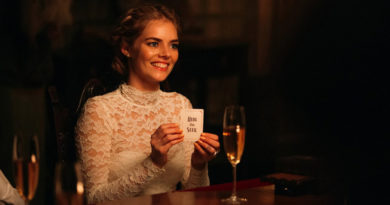 “Ready or Not” Itches Sinister Side of Humor