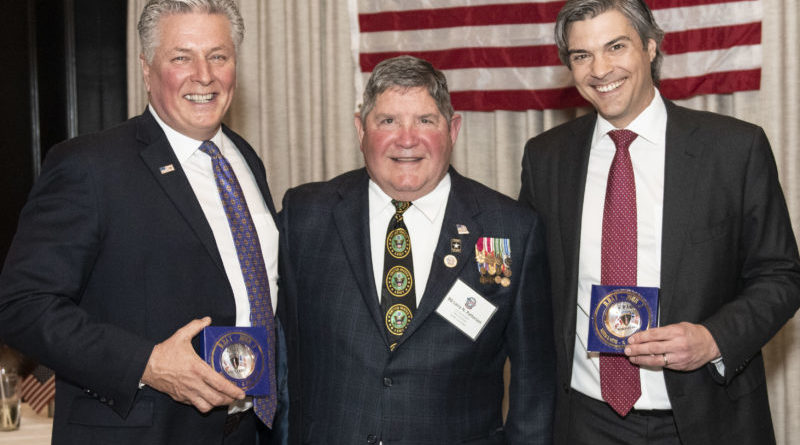 The guests consisted of parade organizers, City of Dallas officials, and, of course, veterans and war heroes involved in the parade. Within those guests were four Grand Marshals who all participated in the Invasion of Normandy in 1944.

The theme this year was “Commemorating the 75th Anniversary of D-Day,” and despite the cold weather, many made their way to the parade in Dallas.

To warm up after being out in the cold during the parade, everyone went to Al Biernat’s to enjoy buffet-style prime rib lunch.

“It was a special day for us all at Al’s. We wanted to host an event for everyone who’s worked hard to put on the downtown Dallas parade for nearly 20 years. It was also a time to thank our military servicemen and women who are currently serving, have served, and those who have paid the ultimate sacrifice with a warm meal in their honor,” shared Brad Fuller, Director of Operations at Al Biernat’s.