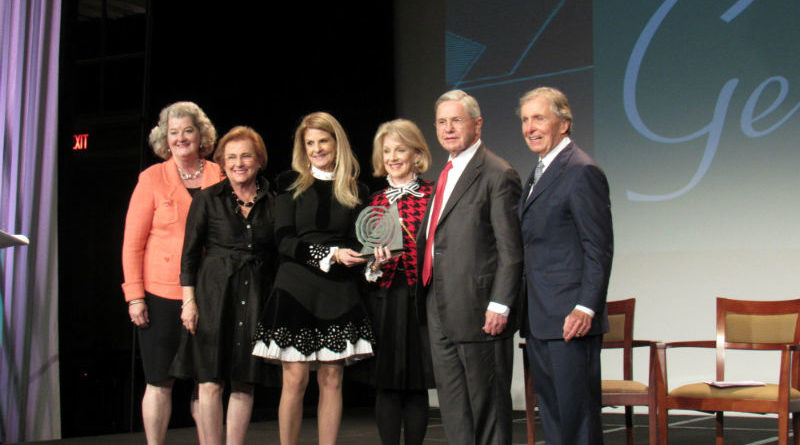 Marla and Mike Boone received the Spirit of Generations award from the Senior Source Nov. 20.

The Senior Source is a nonprofit that provides resources to older adults in Dallas. Their Spirit of Generations award recognizes people who’ve contributed to “all generations” of the Dallas community.

Mike is a co-founder of the Haynes and Boone law firm and Marla is active in a wide variety of organizations, including as president of the Park Cities Historic Preservation Society, and more. The district’s fifth elementary school, which will open in August 2020, is named for Mike. The couple also received a letter from former President George W. Bush that was read aloud during the event.

“Older adults have varied and complex needs that can be overwhelming,” Senior Source CEO Stacey Malcolmson said. “For those seniors who have been neglected or even exploited by their families, for those seniors who have outlived their family, or for those who are living on the brink of poverty, the Senior Source provides not only hope, but also is a source of information, a source of social connection, and a source of independence.”

Marla and Mike’s children, Maryjane Bonfield and Michael Boone, attended the event and spoke about their parents.

“Leading by example, our parents have taught us what’s important to truly succeed in life — it begins with faith, involves access to a good education; it requires hard work and a focus on team rather than individual accomplishment,” Bonfield said.”One of our most valuable lessons was watching our mom care for others as she took time to visit elderly neighbors and church friends.”

Michael spoke about his father’s passion for service.

“Father is laser-focused. When he concentrates on something, he’s passionate, loyal and all in, whether it’s the law firm, Highland Park Independent School District, SMU, his church, his family, and his friends,” he said.

Judge Harlin Hale also spoke about the couple at the event.

“My wife…and I met Marla and Mike when we moved here in 1983. I still remember that day at the Preston Road Church of Christ and the impact it had on me as a baby lawyer and as a person. Mike and I worked together for church projects for many years,” Hale said.

Boone Gets Another Term As SMU Chair 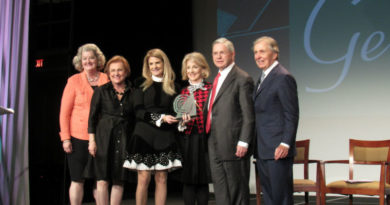