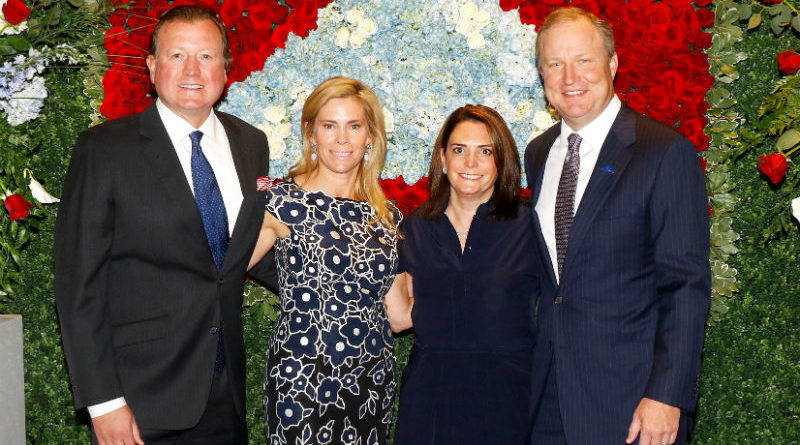 “(Folds of Honor) has experienced a tremendous amount of growth over the last 11 years, but the need is still so great,” NBC 5 News Anchor and master of ceremonies for the event Meredith Land said.

Catherine and Michael Sweet and Monica and Joseph Eastin served as honorary chairs. The event also featured a live auction.

Kelli Campbell, whose husband, U.S. Marine Corps Major Shawn Campbell, died in January 2016 when his helicopter crashed near Oahu, spoke at the gala.

“We were young and bright-eyed with grand, newly-wed ideas about what was in store for our life together…we lived a joyful life as a family,” Kelli said. “In an instant, our whole world was taken away. It’s terrible enough to lose an amazing husband and father, but as a military family, it also meant losing our home, our community, the only life we’d ever known together. Very quickly after the crash, my children and I moved in with my parents in Kansas City, just while we figured out our next steps…I was lost…But that’s when God sent help in the form of Folds of Honor children’s fund scholarships. It made it possible for my kids to attend (a private school) in Kansas City…it’s the ripple effect of the scholarships for us…Folds of Honor offered us help with tuition — what they really gave my family was hope.”