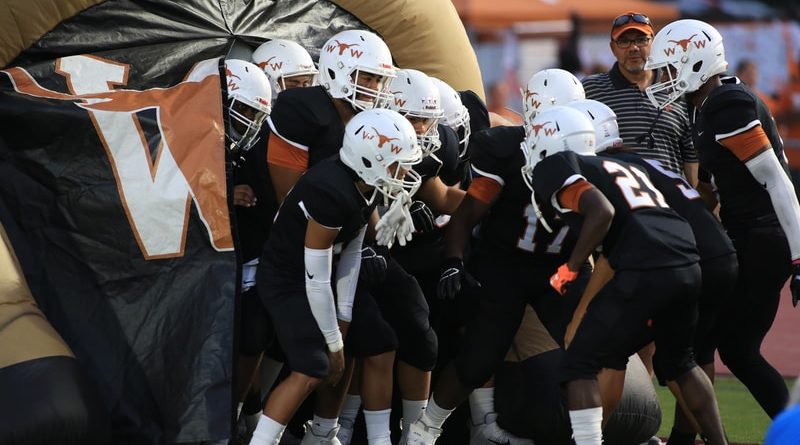 In terms of athletic competition, the landscape at W.T. White could look a lot different over the next couple of years.

WTW is dropping from Class 6A to Class 5A for all UIL-sanctioned sports for the 2020-21 and 2021-22 school years, with the announcement of classification cutoff figures for the next realignment cycle on Tuesday.

Declining enrollment at the school means that for the first time in several years, the Longhorns fell below the dividing line between 6A and 5A schools. The school submitted an enrollment figure of 2,098 to the UIL in October, while the cutoff line is at 2,220.

That should benefit WTW as one of the larger schools in the state in the 5A classification. The Longhorns will compete in 5A Division I in football.

District alignments for the next two years in football, basketball, and other team sports will be announced on Feb. 3.

Jesuit to remain in Class 6A

One of only two private school in the UIL ranks will remain in the 6A classification, as Jesuit’s enrollment figure of 2,232 kept it barely above the 6A-5A divide.

That’s an adjusted student count, of course, for UIL purposes. The actual enrollment at the all-boys school makes it by far the smallest 6A school in the state.

Jesuit has been a member of the UIL since 2004. The two state championships for the Rangers include a soccer title in 2010 and a baseball crown in 2016.

After spending the past two years at the 4A level, Hillcrest will return to 5A beginning next fall. The school’s enrollment number of 1,378 is well above the 1,210 threshold that separates 5A from 4A.

The Panthers will be placed in 5A Division II for football, the same classification in which Hillcrest most recently earned a postseason berth in 2014.

Hillcrest’s Gilliam Heading Back to State