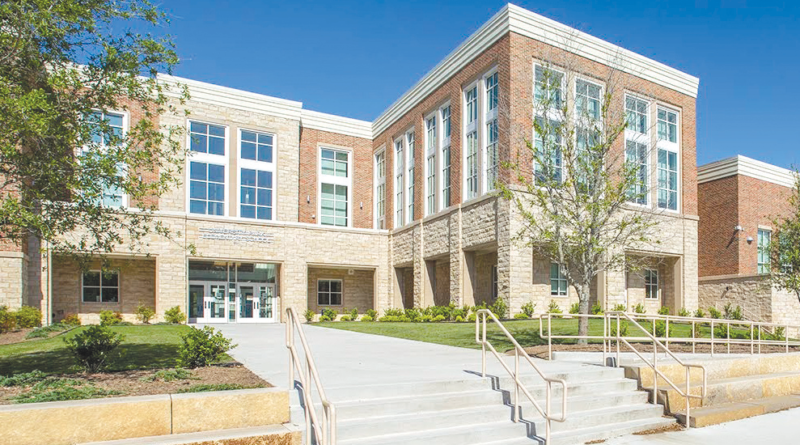 The principal of Highland Park ISD’s recently-named Michael M. Boone Elementary School is working to create an identity for the campus well before it opens.

Amanda Reyes, who was principal at Olson Elementary in Allen ISD for four years most recently, said she was excited by the prospect of starting a new school.

“I’ve learned how much the community reveres the schools. Their presence is amazing. It’s unlike anything I’ve ever seen as a principal.” -Amanda Reyes

“It was a bucket list thing,” Reyes said of the opportunity to open the school. “(The opportunity) doesn’t come along very often…Knowing Highland Park schools and (the district’s) reputation for excellence (was also attractive).”

HPISD’s fifth elementary campus served as the temporary home for Hyer and University Park Elementary schools during their reconstructions. It will open as Michael M. Boone Elementary in August of 2020.

“We want our fifth elementary school to be just as successful as our other campuses, and we believe Amanda Reyes is the right leader to make that happen,” Trigg said. “This is the first new school to open since Hyer opened in 1949, so her initial task will be building energy and excitement around our first new elementary school in more than 70 years.”

Reyes said she’s grateful she was hired a year in advance, and she’s taken that opportunity to get to know parents, students who will attend Boone, and the broader community.

“They’ll be instrumental in everything we do,” she said. “I’ve learned how much the community reveres the schools. Their presence is amazing. It’s unlike anything I’ve ever seen as a principal.”

Blythe Koch will serve as president of the Boone PTO for 2020-21 and Andrea King as president-elect.

“The opening of Boone Elementary School is going to be such an exciting year,” said Koch, a 1997 graduate of Highland Park High School. “I look forward to collaborating with parents from UP, Hyer, and Armstrong as we build community at Boone, create new traditions for our children, and support our outstanding faculty and staff.”

The mother of three has been active with the Hyer PTA, serving most recently as fundraising chair.

The Kings moved to University Park almost five years ago from North Carolina and have three children. Andrea King is the special events director for the UP PTA.

“I’m excited to have a small part in creating something new at Boone Elementary that will benefit the community and children for years to come,” she said.

Reyes said a committee is being set up to help determine identifiers like the school mascot and colors, and she hopes to begin hiring staff by the spring of 2020.

“Everyone that’s approached me is very excited about what we can do to set Boone apart… and continue the tradition of high expectation for kids and providing every resource possible for kids to succeed,” Reyes said.

Find out how the zones of four elementary schools will change to accommodate the opening of Michael M. Boone Elementary next August. 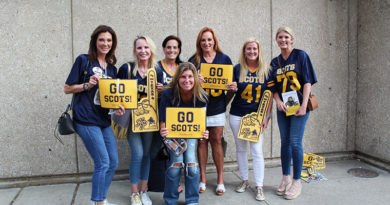 Armstrong Student Acts as ‘Mayor For a Day’