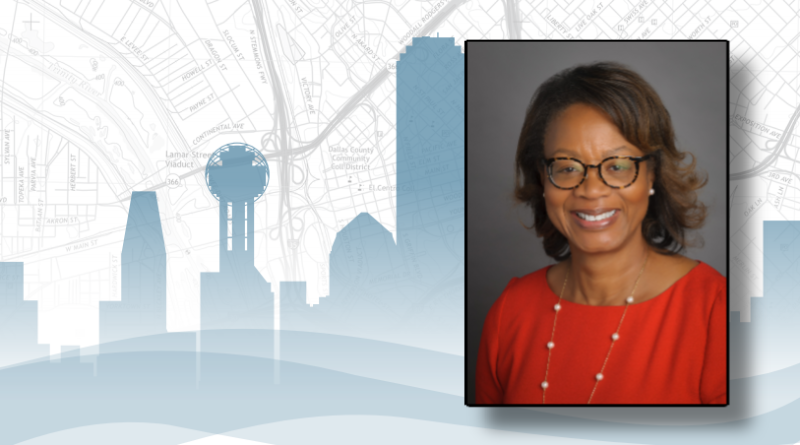 Communities Foundation of Texas (CFT) announced that Alfreda Norman is its next board chair and Arcilia Acosta, Greg Campbell, and Rob Walters are new members of the foundation’s board of trustees.

“The needs in our community are great,” said Jim Bass, CFT’s current board chair. “As we evaluate charitable grants and strategic community programs that strive to meet those needs and improve lives across our region and beyond, we will benefit from the varied experience and knowledge that Alfreda, Arcilia, Greg and Rob are bringing to our board.”

CFT trustees are selected for their wide-ranging knowledge of community needs, record of charitable service, demonstrated leadership and fiscal responsibility. They serve as stewards of $1.1 billion in assets across more than 1,000 charitable funds, overseeing the largest community foundation in Texas and one of the largest in the United States. CFT also operates Educate Texas, a prominent statewide education initiative. Since its founding in 1953, CFT has awarded more than $1.9 billion in grants.

Dave Scullin, president and CEO of CFT, said new board chair and board members provide a fresh perspective as CFT continues to expand its positive impact.

“Alfreda, Arcilia, Greg and Rob will help us think differently as we consider how to positively influence the community we share and call home,” Scullin said. “We’re honored they answered the call to work side by side with us to serve many caring donors, committed nonprofits, charitably-minded businesses and civic leaders who collectively share our vision of building communities that thrive for all.”

Norman was voted as board chair of Communities Foundation of Texas. She is the second woman to be CFT’s board chair, following Ruth Altshuler.  As senior vice president of the Federal Reserve Bank of Dallas, she brings deep experience in banking and community leadership to CFT.

Norman has vast expertise on the issue of building economic stability for low-income working families, which is an important discretionary area of CFT’s grantmaking.

In addition to her service to CFT, she is affiliated with many cultural and civic organizations, including Big Thought, The Dallas Assembly, North Texas Asset Funders Network, Southwestern Medical Foundation, Executive Women’s Roundtable and the Dallas Mayor’s Task Force on Poverty.

Norman holds a bachelor’s degree from SMU. She and her husband Joe live in Plano and have two adult children.

Acosta is president and CEO of CARCON Industries and Construction, a full- services construction firm as well as founder and CEO of Southwestern Testing Laboratories (STL Engineers), a geotechnical engineering and construction materials testing firm.

She has also served on many corporate boards such as Legacy Texas Financial Group, ONE Gas Incorporated, Magnolia Oil and Gas and Energy Future Holdings Corporation. Hispanic Executive Magazine has named her Top Corporate Director, and she was featured by Latino Leaders Magazine as one of the Top Corporate Directors of Fortune 500 companies for five consecutive years.

She and her companies have won more than 45 national, regional and local awards. In 2014, Acosta was inducted into the National Women’s Business Hall of Fame.  In 2018, she received the “Maura Women Helping Women Award” by the Texas Women’s Foundation and was named “Woman of Distinction” by the Girl Scouts of Northeast Texas.

She is a graduate of Texas Tech University and Harvard University Business School- Corporate Governance Program. In March 2016, Texas Governor Greg Abbott appointed her to the Texas Higher Education Coordination Board which is of special relevance to her advising CFT’s Educate Texas program.

Campbell is the president and CEO of Rainmaker, Inc., a strategic investment and advisory firm based in Dallas. He is a long-time entrepreneur, investor and real estate developer and has funded, operated and advised ventures across a broad array of industries in the United States, Latin America, and West Africa.

An avid supporter of the community, Campbell currently serves as a board member of the Methodist Health System, the Greater Harlem Chamber of Commerce and the Greater Harlem Housing Development Corporation. Previously he has served on the boards of The Real Estate Council, Industrial Development Corporation of Dallas, and the Metroplex Advisory Board for JPMorgan Chase.

He was a principal author of The Dallas Plan, a strategic platform for the city’s growth and development. Campbell is also the co-host of the Urban Advantage Podcast- the voice of the University of North Texas at Dallas and the Southern Dallas Community.

He earned a bachelor of science degree from Cornell University and an M.B.A. from Harvard Business School.

Walters is a senior partner at Gibson Dunn, a member of its worldwide executive committee, and a nationally known trial and antitrust lawyer.  He has litigated many multi-billion-dollar disputes, including, most recently, the Department of Justice’s antitrust challenge to AT&T’s $106 billion acquisition of Time Warner, Inc.  Walters also served as executive vice president of Energy Future Holdings, one of the country’s largest electric power companies.

He is a member of the Executive Committee and Chair-Elect of the Dallas Citizens Council, and is a founder and vice chairman of Klyde Warren Park.  He also serves on the board of the University of Texas School of Law Board of Trustees and on the Plan II Board of Visitors at the University of Texas.  He has also served on the boards of the Dallas Police and Fire Pension System and the Dallas World Affairs Council.  Walters has received a range of civic awards, including the Anti-Defamation League’s Jurisprudence Award.