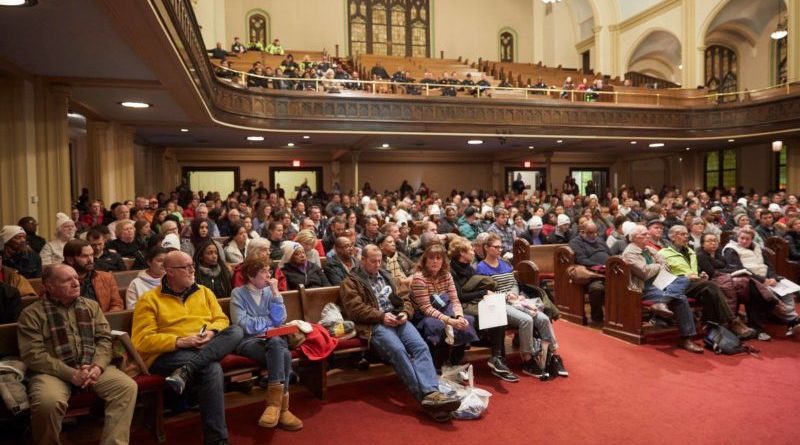 It takes about 1,500 people to help take a count of the homeless in the area, and the Metro Dallas Homeless Alliance is starting the recruitment drive needed to find those people.

Federal law requires an annual count of individuals and families experiencing homelessness, and communities across the country typically embark on that count at the end of January. MDHA is organizing this year’s count — which will include Dallas and Collin counties — on January 23, from 7 p.m. to midnight.

“We need about 1,500 people to get the job done,” said Shavon Moore, MDHA’s vice president of programs, who is coordinating the count. “By volunteering for the homeless count, you too can show that you believe that in Dallas, everybody counts.”

To recruit volunteers, MDHA leverages its relationship with its many service providers, funders and supporters, including the City of Dallas, CitySquare, Faith Forward Dallas at Thanksgiving Square, the Mayor’s Star Council, Parkland Health, United Way of Metropolitan Dallas, just to name a few.

On the night of the homeless count, these volunteers count individuals and families experiencing unsheltered homelessness, while those who are in emergency shelters and transitional housing are counted electronically.

“This is an excellent volunteer opportunity not only for individuals, but for companies, professional associations, houses of worship, and social and fraternal groups,” said David Gruber, MDHA’s development and communications director.

This will be the fourth year that MDHA will be using the Counting Us app from Simtech Solutions to conduct the count. Using the app, volunteers fan out throughout Dallas and Collin counties and conduct short survey interviews with persons experiencing homelessness. The app uploads each survey immediately and records the exact location of each survey interaction. MDHA is able to monitor this activity in real-time from a virtual command center.

This year, for the first time, MDHA is also using the app to recruit and register volunteers, as well as assign teams specific census tracts to count in, and display the maps of those census tracts within the app.

“Four years ago, we said goodbye to paper surveys, increasing our count’s accuracy and eliminating hundreds of hours of work, entering the data from those surveys by hand,” said Diana Romagnoli, MDHA’s vice president of operations. “This year, we say goodbye to paper maps, too, which will not only make counting easier, but will eliminate the cost involved and time expended on printing and distributing hundreds of paper maps.”

Use of the app gives MDHA one more advantage. By automatically recording the exact latitude and longitude of each interaction during the count, MDHA is able to direct system outreach teams, the very next morning, to assist individuals who may qualify for specific programs, including youth, veterans and persons with specific medical diagnoses.

MDHA’s president and CEO, Carl Falconer, will report the results of the count, as well as the Dallas community’s progress in the battle to end homelessness, during MDHA’s annual signature event, the State of Homelessness Address, on March 19.

To register as a volunteer for the homeless count, go here.