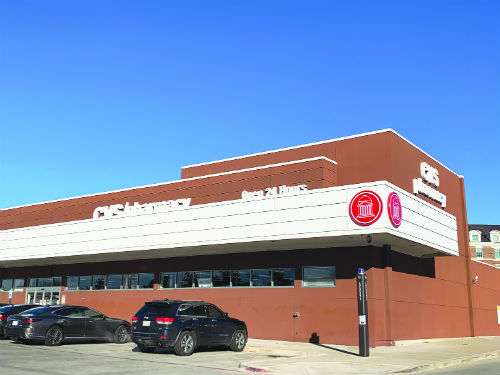 SMU has increased patrols at the CVS in the shopping center at Mockingbird Lane and Central Expressway after an employee was shot there Nov. 2.

As for University Park Police, assistant police chief Jim Savage said that officers check on the CVS several times per day but haven’t changed their routine since the shooting.

“It’s not an increase. We’re just doing what we’ve been doing,” he said. “CVS is our main point of contact because of shoplifting…it’s a 24-hour store, and it’s right off (Highway) 75.”

The Nov. 2 incident proved much more dangerous than shoplifting.

Officers responded at 6:39 a.m. to reports of shots fired at the store.

University Park Fire Department paramedics took the injured woman, Orelia Hollins, 29, who was pregnant at the time, to Presbyterian Hospital, where she was admitted to surgery immediately upon arrival.

“He demanded money from the other store employee who was behind the cash register while the gunshot victim was on the other side of the service counter,” Savage said shortly after the incident. “The employee behind the register was having difficulty opening it, and shots were fired at that time, striking the victim in the waist area.”

The other employee in the store at the time was not injured, and no money was taken.

Police reported that Hollins and her baby were improving.

You Could Play For Larry Brown