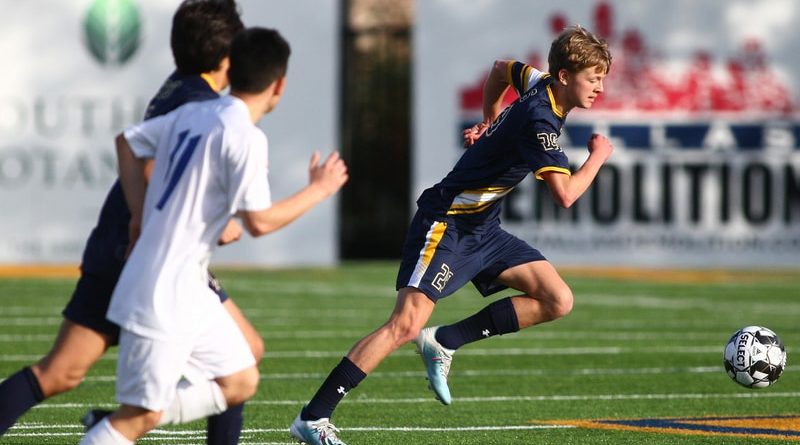 Highland Park kicked off the tenure of new head coach Salvador Richie in successful fashion with an unbeaten run in the HP Scot Classic tournament over the weekend.

The Scots earned wins over Adamson and Waco, along with a tie against Midlothian, during the three-day event at Highlander Stadium.

Jack Hamilton led HP with two goals, including the game-winner during a 1-0 victory over Waco on Saturday. The day before, Hamilton and Trey Nemeth scored in a 2-2 tie against Midlothian.

The Scots (2-0-1) topped Adamson 2-1 in their opener, thanks to tallies by Jorge Rodriguez and Richard Paulus.

In girls action, HP began its defense of the Class 5A state title with a 3-0 shutout of Cedar Park and a 2-1 victory over Midlothian, followed by a 2-0 loss to Mansfield Lake Ridge. Presley Echols and Megan O’Neal scored one goal apiece in each of the two wins.

Both HP squads will head out of town for tournaments later this week. The Lady Scots (2-1) will compete in the Leander ISD tournament with games against Spring Branch Smithson Valley on Thursday, Round Rock Cedar Ridge on Friday, and League City Clear Creek on Saturday.

Meanwhile the boys will play only a few miles away at the Governor’s Cup tournament in Georgetown. HP will face Manvel on Thursday, Cedar Park on Friday, and San Angelo Central on Saturday.