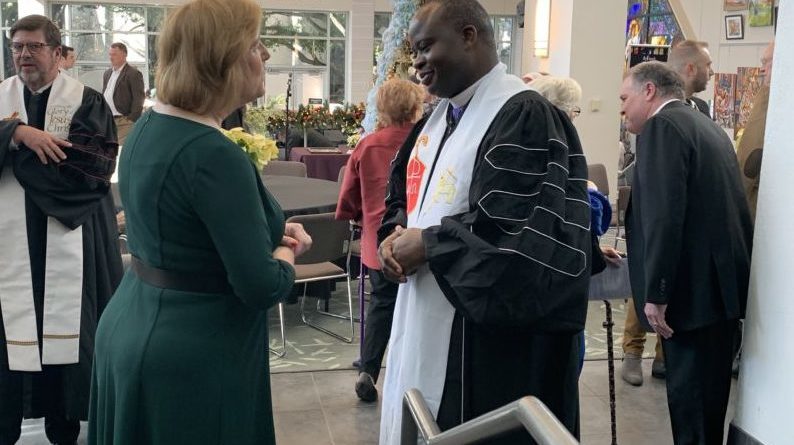 After all, last February’s global General Conference for the denomination produced much in the way of controversy. With a 438-384 vote, the conference delegates voted to strengthen a ban on LGBTQ clergy and same-sex weddings, adopting a so-called “Traditional” plan that included harsher penalties for breaking the rules.

Also up before the delegates at that time was the One Church Plan, which would have allowed individual churches to decide whether to perform same-sex marriages and accept gay and lesbian clergy members. It also would have eliminated language in the church’s doctrine that said homosexuality was at odds with the Christian faith.

That plan was rejected. The fallout from the General Conference has included discussion on both sides of the theological fence regarding leaving the denomination altogether and has even led the United Methodist Church’s South Central Jurisdictional Conference to sue SMU over the university’s move to redefine its relationship with the church.

“Many persons, regardless of their position on matters relating to human sexuality, know that the decision of the General Conference created harm for traditionalists, centrists, and progressives,” said North Texas Conference Bishop Michael McKee.

“Many persons, regardless of their position on matters relating to human sexuality, know that the decision of the General Conference created harm for Traditionalists, Centrists and Progressives.”  — North Texas Conference Bishop Michael McKee.

With that backdrop, ministers from Texas, Africa, and the Philippines were set to meet at the Lovers Lane colloquy. But then Jan. 3 happened.

Just a day before the colloquy, it was announced that a 16-member group of United Methodist bishops and other leaders had hashed out a nine-page document called “Protocol of Reconciliation & Grace Through Separation.”

The protocol would allow the United Methodist Church to continue, but also allow the “Traditionalist” congregations to form a new denomination.

Speaking on behalf of the group, Bishop John Yambasu of Sierra Leone said that the group “hopes that it will help heal the harms and conflicts within the body of Christ and free us to be more effective witnesses to God’s Kingdom.”

So now that colloquy had even more subject matter.

“It couldn’t have been more timely, actually,” Copeland told his congregation Sunday as he introduced Bishop Mande Muyombo, the resident bishop of the North Katanga Area, which includes North Katanga, Tanganyika, and Tanzania conferences in the Congo Central Conference of The United Methodist Church.

“I know many of you have seen the news, and have probably heard, or read, that the Methodist church is about to split,” he continued. “That’s not exactly true.”

“What we actually have is good news,” he said, calling it a “powerful agreement that we can be praying will continue.”

“I think that we will see that even though we may part ways with those on the Traditionalist side, we will do so with a blessing,” Copeland said. “And we’ll do so unlike any mainline Protestant denomination has done before.”

Muyombo had been invited to give the day’s homily, based on the story of the Magi.

He said he was reminded of the varied reactions to the birth of Christ that brought the Magi to the manger, from worshipful (in the case of the Magi and others), to anger in the case of Herod, and then the indifference of chief priests and other religious scholars.

Muyombo tied this reaction to discussion about the internal turmoil within the church, pointing it out as a struggle for power and control, adding that the fight for those two things “are toxic to our church community.”

“They create instability and dysfunction in our community and our family and our church,” he said. “As United Methodists, we must acknowledge today that our polity has become dysfunctional. Our legislative process only gives power to the majority.”

“God’s ever-expanding embrace is challenging us to create systems and polity where the voices of the minority – people of color, the poor, the sick, people of other sexual orientations, the marginalized – can have a voice,” Muyombo said.

Less than a mile away sits Cochran Chapel United Methodist Church, the first piece of deeded church property in Dallas County, where the original hand-written deed still hangs in the sanctuary.

There, said senior minister Jeff Hall, there is less angst than some of the larger Dallas Methodist churches about what is going on, largely because the historic church is smaller.

“Like many United Methodist churches, our congregation has folks whose theological and political leanings fall across the full breadth of the spectrum,” Hall said. “We have some members who are outspoken in their traditional beliefs concerning human sexuality, while many others are openly accepting and affirming of the LGBTQ+ community – and especially their family members and friends who are a part of that community.”

Hall said that the potential separation hasn’t been a main topic of conversation, but he does think it will become one.

“I think many of our members will develop a greater interest in the issues that portend a split, especially as the next General Conference gets closer,” he said. “Our leadership board in particular will have to undertake discussions about what action we will take in response to developments at General Conference.”

Regardless of what happens, Hall said his goal will stay the same.

“My aim as the pastoral leader here is to continue to welcome all people in Jesus’ name so that we might do the work of making disciples of Jesus Christ for the transformation of the world,” he said. 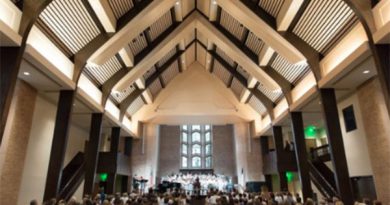 Maudee’s Will Close Next Month