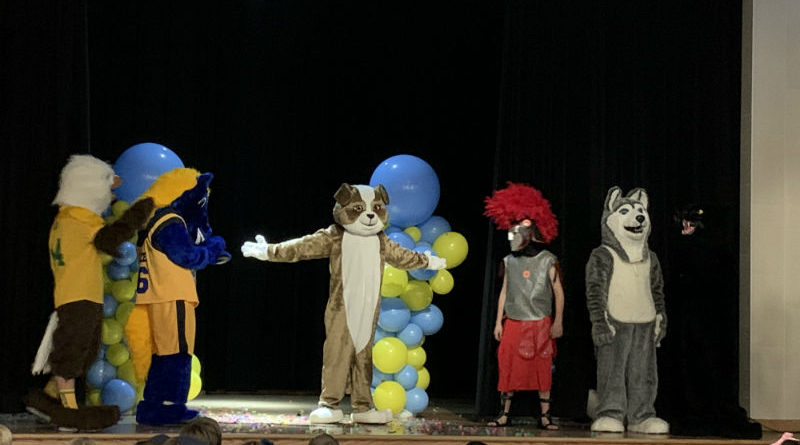 The mascot and colors, ‘Carolina’ blue and gold, were revealed at the soon-to-be home of Boone Elementary at 8385 Durham St.

Boone is HPISD’s first new elementary school since Hyer opened in 1949. As part of the reveal, the Bulldog joined the Bradfield Bronco, the University Park Panther, the Hyer Husky, the Armstrong Eagle, and the Highland Park Middle School Raider on stage.

“No matter if you go to Armstrong or Bradfield or University Park or Hyer Elementary, we’ll all eventually be Scots, so it’s only fitting to have the bagpipes playing for us as we open up this event,” Boone Elementary Principal Amanda Reyes said at the reveal.

HPISD board of trustees secretary Lee Michaels warmed up the crowd ahead of the reveal.

“We look forward to having you all at Boone next year and beyond,” Michaels said.

The school’s namesake, Haynes and Boone law firm co-founder and former HPISD board of trustees president Michael Boone, also spoke at the reveal.

“I was a student at Highland Park years ago just like you are today. In fact, on the day when Hyer Elementary school was finished being constructed, and it opened its first day for classes, I was part of that original class,” he said. “I have many fond memories of that opening day at Hyer. I hope you, too, all of you, will likewise remember what Boone Elementary was like on the first day you went to school. I know that you’re going to love being the first students at Boone… and you’re going to set a lot of new traditions for future classes of students.” 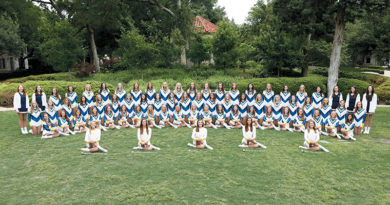 Coming Soon to a Theater Near You?