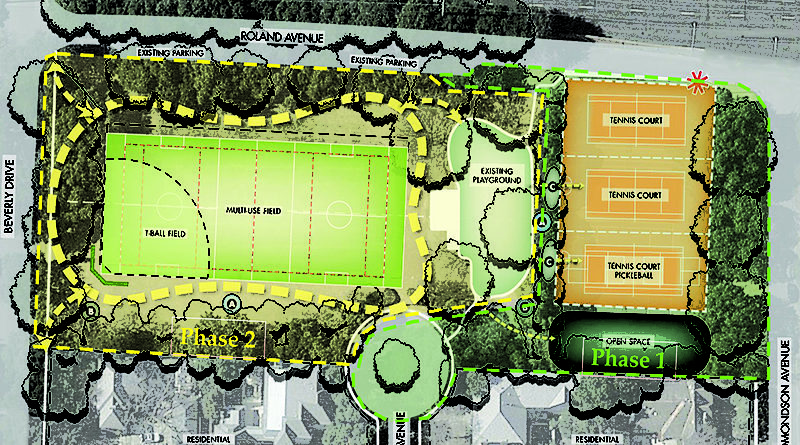 “Based on this standard, the town has an excess of three tennis courts,” Smith said.

But Mayor Pro Tem John McKnight and other tennis aficionados don’t view it that way.

“We are not an average tennis community,” McKnight said, noting Highland Park High School’s state-best tennis team as an example of how the sport has more support here than elsewhere.

The quantity and quality of Highland Park’s tennis courts are recurring topics as Town Council members consider park improvements. The town has eight courts but could end up with only six, depending on what council members decide about pending projects.

In recent years, the town has rebuilt Court 7 at 4501 St. Johns Drive in Davis Park and Court 8 at 4814 Abbott Ave. in Abbott Park and resurfaced Court 2 at 5300 Drexel Drive in Hackberry Creek Park.

Next up: Courts 3 through 6 at Fairfax Park, 4525 Edmondson Ave. By replacing four there with three, the town can space the courts the USTA preferred 12-feet apart and over a higher-quality tennis experience, town leaders said. 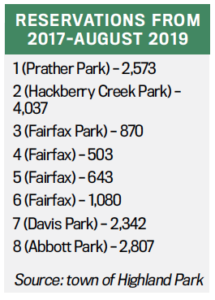 With four jammed in there now, the spacing is only 9-feet 6-inches.

Individually, the Fairfax courts have been the least used, according to town records.

“I do think if you have new courts, you are going to get more usage,” council member David Dowler said.

The town has budgeted $889,615 for Fairfax improvements, including $292,586 for waterline replacement. Phase I would begin this spring on the area with the tennis courts. The court farthest from the North Dallas Tollway will be striped for pickleball as well as tennis.

Phase II, which includes redoing the athletic field area and adding a 6th-of-a-mile gravel walking path, will wait until next winter to provide adequate time for new sod to take hold. The field would be closed through the summer of 2021 to protect the grass.

Another project that could reduce the town’s number of tennis courts involves Hackberry Creek.

The master plan for the Hackberry Creek corridor recommends the removal of court No. 1 because its fencing and windscreens block picturesque views of the exposed stone facing in Prather Park.

“It should be available for enjoyment by more than just one user group,” the plan notes, suggesting yoga, music, and picnics as potential alternative uses.

But Scott Pollock, who has played tennis since age 5 including for the Scots from 1978 to 1982, called that idea absurd.

“It’s the most beautiful court the town has ever had,” he said. “Having something to do at a park is the most important part of a park.” 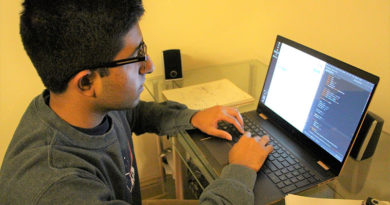 Skilled Programmer Gets Lessons in Entrepreneurship

Want to Be a Lifeguard? Apply Now