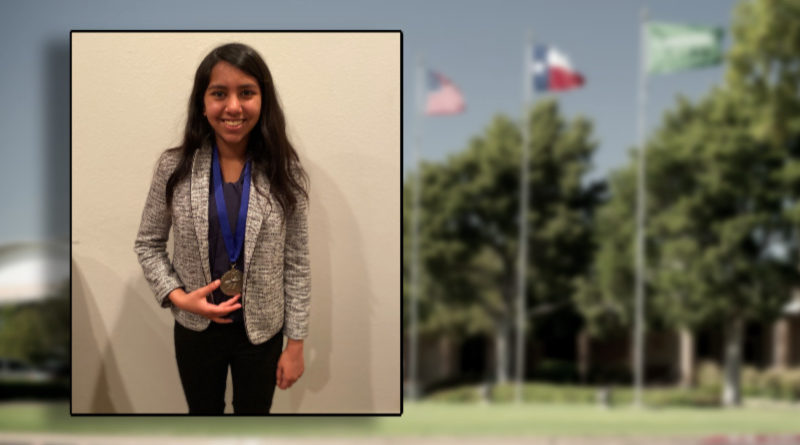 Greenhill School students have been busy garnering accolades, including one freshman who represented her school at a recent YMCA convention.

Greenhill freshman Shreeya Madhavanur was honored with the Distinguished Delegate Award at the YMCA Texas Youth and Government Convention in Austin this past weekend, where she defended her bill on personal land rights for water removal and debated other bills in committee and in a plenary session at the Texas State Capitol Building.

The Greenhill Robotics Teams each qualified for the Arkansas Regional Championships in February after a successful showing at the Arkansas qualifier in January. Team 9045 Motorhead won its second Inspire Award of the season while Team 9054 Viridian captured the Control Award.