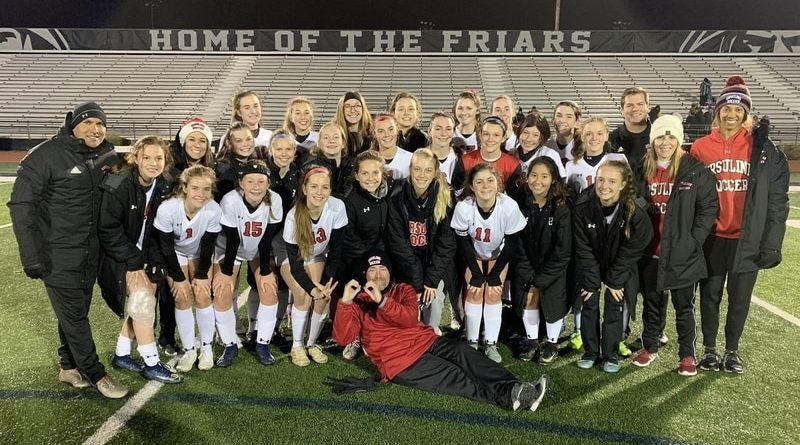 Ursuline’s attempt to cap an unbeaten season with another TAPPS state title kicks into high gear with Friday’s playoff opener against Fort Worth All Saints.

The Bears (16-0-1) have won championships in 27 of the past 29 seasons. Last year, they lost to Bishop Lynch, coached by Darrin Hedges, who is now in his first year on the Ursuline sidelines.

So perhaps it was fitting that when Hedges earned his 300th career victory on Jan. 30, it came during a 3-1 victory over the Friars, on the same field where he’d won so many of the prior 299.

That triumph completed a season sweep over their rival and clinched a district title for the Bears, who will carry a 15-game winning streak into the postseason.

In the first meeting this season, Ursuline blanked Bishop Lynch 2-0 at home. Another rematch could come as soon as the second round of the playoffs next week.

The Bears have outscored their opponents this season by a combined 85-4, with 13 shutouts. They will need to win twice more to reach the Division I state tournament later this month in Waco.