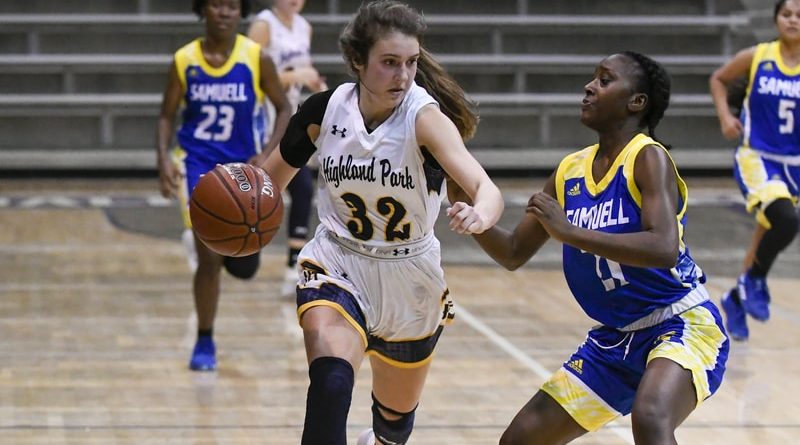 It didn’t take much time to realize that the first playoff test for Highland Park on Monday wasn’t much of a test at all.

The Lady Scots allowed just two first-half points during a 75-18 obliteration of Samuell in a Class 5A Region II bi-district game at Ellis Davis Field House.

HP advances to meet Frisco Lone Star in the area round at 6 p.m. Thursday at Coppell. The Lady Scots (23-8) are looking to win a second-round game for the first time since 2003.

Against the overmatched Spartans, HP scored the first 24 points of the game and led 38-2 at halftime. The margin ballooned to 50 points in the third quarter in a game that resembled many of HP’s lopsided victories in District 11-5A play.

A pair of freshmen paced the balanced scoring for the Lady Scots — Madison Heiss with 13 points and Vivian Jin with 11. Eleven players scored overall.

HP has won 14 consecutive games, and hasn’t been seriously challenged in any of them. The Lady Scots have surrendered 25 points or fewer in all but one of those contests.

Lone Star defeated McKinney North 46-39 in the bi-district round on Monday. The Lady Rangers (21-9) were the runner-up in District 9-5A during the regular season. A year ago, they advanced to the Region II final.

Lady Scots Clinch Another 15-5A Crown