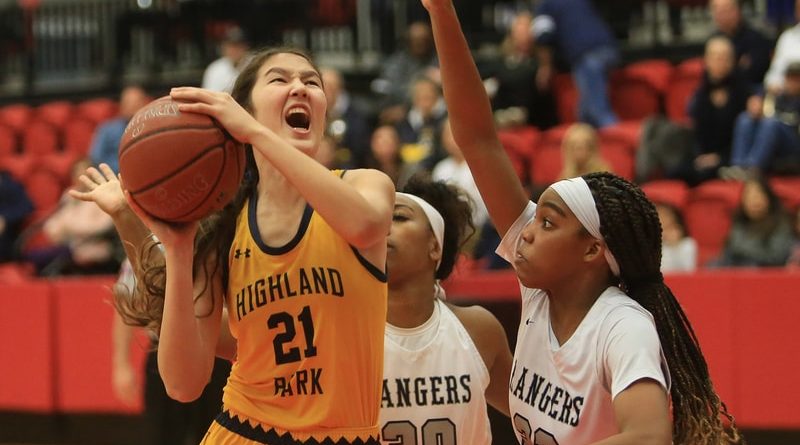 COPPELL — After the sting eases from another loss in the second round of the playoffs, Highland Park will see plenty of positives.

The Lady Scots gained valuable postseason experience while going toe-to-toe with powerhouse Frisco Lone Star during a 46-40 defeat in a Class 5A Region II area round game on Thursday.

HP’s 14-game winning streak ended along with its season, as the Lady Scots (23-9) fell in the same round as a year ago. They haven’t advanced past the second round of postseason play since 2003.

They scored just 17 points in the first three quarters against the Rangers (22-9), who were easily the best opponent HP has faced since December. Lone Star had a size and speed advantage, and had extensive postseason experience stemming from a run to the regional final last season.

The aggressiveness of the Rangers at times seemed to rattle the Lady Scots, who struggled to make shots throughout the game.

“Some of our youth showed, being on this stage and being able to settle in,” said HP head coach Nicole Fleming. “Their defense was really great.”

HP briefly took its only lead of the night at 7-6 after a corner 3-pointer by Madison Visinsky midway through the first quarter.

However, Lone Star responded with an 8-1 run when the Lady Scots went more than 7 minutes without a field goal. Another long HP scoring drought in the third quarter led to an 8-0 Lone Star spurt that pushed the margin to double digits.

Another difference came at the free-throw line, where the Rangers scored 22 of their 29 points after halftime. Lone Star was 22-of-26 from the line following the break, with 13 of those points coming from sophomore Kyla Deck.

Halley Carr added 11 points for the Rangers, while Victoria Gooden controlled the paint with eight points and a game-high 11 rebounds.

Visinsky finished with a game-high 14 points to pace the Lady Scots, with Alianne Elmore adding eight points and Madison Heiss contributing seven off the bench.

All three will be back next season for HP, which had freshman and sophomores playing a majority of the minutes. In other words, the future is bright, with a more challenging district awaiting next season.

“This is probably the tightest-knit group I’ve been with since I’ve been here,” Fleming said. “We’re young, and now we’re gaining that experience.” 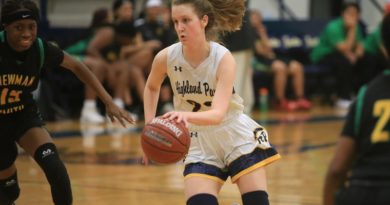 Prosper Sweeps HP Out of Playoffs