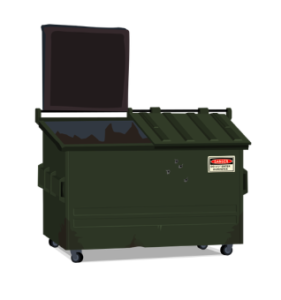 SKULDUGGERY OF THE WEEK: DUMPSTER HEIST
Trash Junky in Frisco reported at 9:53 a.m. Feb. 19 that crooks somehow stole one of the company’s large containers on Feb. 17 from a home in the 6400 block of Northport Drive.

17 Monday
Police did not provide the reporting time for vandalism at the Market at Preston Forest.

Robbed at gunpoint before 12:48 p.m.: Future Telecom employees in the 4900 block of West Hanover Avenue.

Arrested at 6:32 p.m. at the Northaven Trail and Royalshire Drive: a 42-year-old woman accused of marijuana and drug paraphernalia possession.

Reported at 9:44 a.m.: A Jersey Mike’s employee proved not above stealing subway sandwich sales proceeds from the cash register at the restaurant in Preston Center.

Arrested at 4:38 p.m.: a 31-year-old man accused of shoplifting from Macy’s at NorthPark Center.

Before 7:51 p.m., an incompetent rogue damaged the ATM at Capital One Bank in the 5800 block of West Lovers Lane but failed to break into it.

19 Wednesday
Before 3:02 a.m., a confrontation at the Chevron at LBJ Freeway and Midway Road, ended with a 22-year-old Carrollton man getting pushed and having his leg run over by his assailant.

Police did not provide the reporting time for thefts from a Flower Mound man at a vacant home in the 6400 block of Mimosa Lane, at a home in the 9800 block of Airline Road, and at the Lowe’s Home Improvement store on Inwood Road near Forest Lane.

Crimes like this happen to Park Cities residents often: A University Park man, who left his key in his vehicle, discovered it stolen before 1:02 p.m. from the 5200 block of Kesley Road.

Arrested at 5:13 p.m.: a 50-year-old man accused of shoplifting from Macy’s at NorthPark Center. 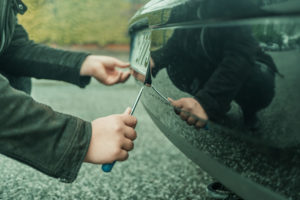 Before 8:02 p.m., a nuisance stole the license plate off a 44-year-old Garland woman’s vehicle at Methodist Park Cities Clinic in the 5700 block of West Lovers Lane.

21 Friday
Reported at 9:27 a.m.: a careless and irresponsible motorist fled after backing into a 58-year-ld Mesquite woman’s vehicle Feb. 18 at Primrose School of Park Cities in the 4000 block of Inwood Road.

Police did not provide the reporting time for thefts from apartment homes in the 3900 block of West Northwest Highway.

Reported at 9:52 a.m.: a persuasive rogue convinced a 7-Eleven employee on Feb. 20 to hand over money at the store at Central Expressway and Forest Lane.

Colby Craig Homes reported at 11:07 a.m. that would-be thieves damaged a vacant home in the 6000 block of Lupton Drive while attempting to take copper wire.

Before 12:52 p.m., an unconvincing huckster tried but failed to cash a forged check with a fake ID at North Dallas Bank & Trust Co. in the 12900 block of Preston Road. 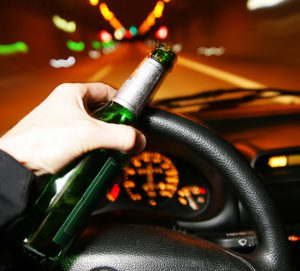 22 Saturday
Arrested at 5:10 a.m.: a 30-year-old man accused of driving under the influence. Police said they found him drunk with the vehicle on and in drive at the Chevron at LBJ Freeway and Midway Road.

Before 8:30 a.m., a mischief maker removed the lug nuts from a 34-year-old Flint, Texas man’s vehicle at the Hilton Dallas Lincoln Centre at LBJ Freeway and the Dallas North Tollway.

Police did not provide the reporting time for a theft at NorthPark Center. 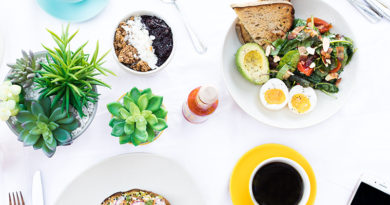