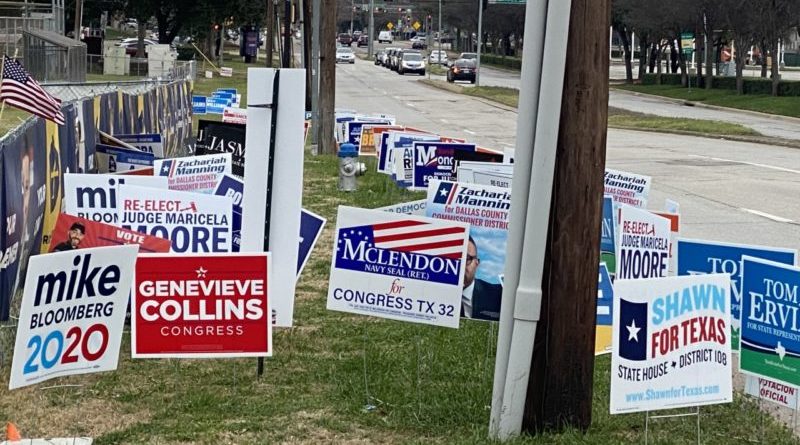 Editor’s note: This story has been updated to reflect comments from state representatives Morgan Meyer and Raphael Anchia.

Dallas County will be allowed to conduct a recount after the votes from 44 vote tabulating machines could not be accounted for, a judge ruled Tuesday.

Judge Emily Tobolowsky authorized the recount, which Dallas County election administrator Toni Pippins-Poole requested Friday, saying that her office found that ballots from 44 tabulating machines were not accounted for when her office found it couldn’t reconcile the number of voters who checked in to vote at some polling locations with the number of ballots received.

And while Shawn Shinneman at our sister publication, D Magazine, said the whole hearing lasted a little more than an hour, the real debate raged on outside the courtroom, where Republican and Democrat leadership each blamed the other for the issue. 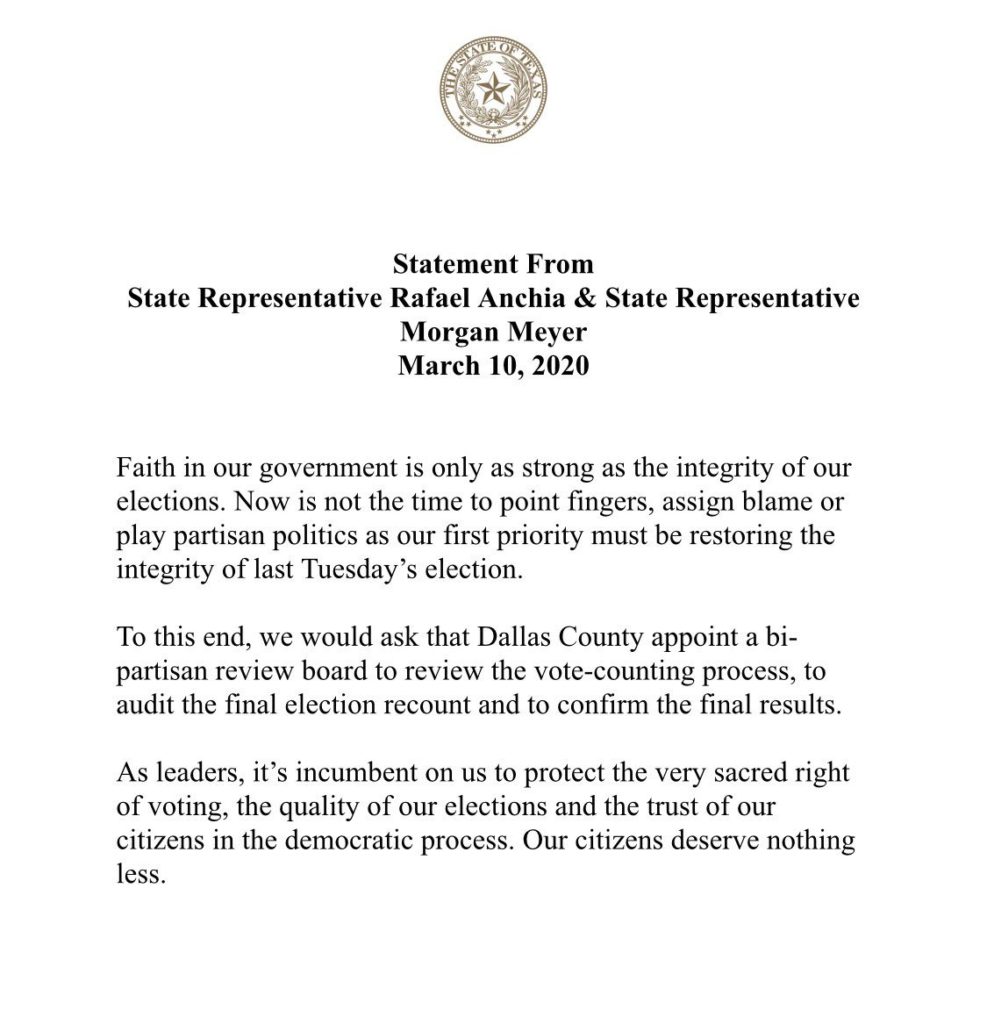