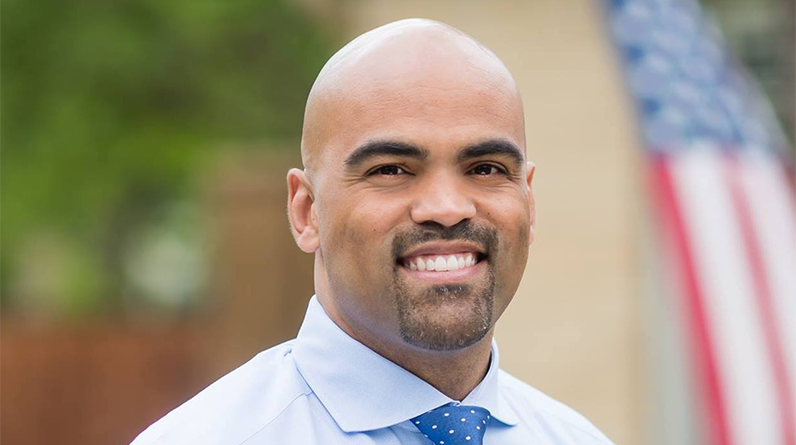 For small business owners and the employees they just laid off, help could be on the way soon, Congressman Colin Allred said Wednesday.

Allred, who talked with People Newspapers prior to his telephone town hall at 6:30 p.m Wednesday, said that he and his colleagues were actually trying to address the needs of all businesses – not just the big ones – but that it would take people letting him know if they were falling through the cracks.

“People should be confident that we’re working hard to help small businesses, too,” he said, adding that Congress was working on a bill that would provide $300 billion in small business interruption loans, as well as assistance for the people that worked for those small businesses.

“What about self-employed individuals who are feeling the crunch now, thanks to canceled contracts and event postponements?” we asked.

“The self-employed can also qualify for small business assistance,” Allred said. “And if they are told they don’t qualify, we need to hear from them so we can figure out how to help them.”

“No one can really afford this – and we need to know if things aren’t working for somebody, so we can address it.”

Allred said nobody can be sure how long the country can sustain the current situation – it’s a delicate needle to thread between public health and the economy, but he sees the two as intertwined.

“Public health and economic prospects are tied together,” he said. “If we don’t deal with this, and more people are infected, the economy will suffer.”

And he warned that the shelf life of the entire situation could be up to a year and a half – until a vaccine is ready.

“It’s going to be a series of peaks and valleys,” the congressman said. “We’ll see a slowdown in reported cases, and a lifting of some restrictions, and then we’ll see an uptick again. We’ll probably see this until we get a vaccine – and that won’t be for another year to year-and-a-half.”

We asked Allred if he felt that many were beginning to reach the conclusion that policies regarding affordable health care, living wages, and paid leave were not just economic policy, but also sound public health policy.

“We have to recognize that we have let this go on far too long.”

Allred said that Texas should have adopted Medicaid expansion, which would have made sure that millions of Texans had health insurance, for one. But encouraging employers to adopt more flexible workplace policies is also good for public health and the economy.

“It’s not just pandemics – people need flexibility when they are caring for a sick relative, or when they have a new baby,” he said. “And some of the best companies to work for in Dallas pay well and give their employees flexibility, and in turn see increased productivity and less turnover.”

“I hope we learn from this,” he said.

“I think we’re beginning to see how interconnected we all are,” Allred said when asked about what appears to be a bipartisan willingness to discuss potential policies that were once deemed progressive or socialist, like direct payments to Americans, and other assistance and economic packages. “When your neighbor has to declare bankruptcy or the person down the street loses their home, that affects you, too.”

As for that new willingness to discuss such things, “I hope we can carry this spirit going forward,” he added.

But most of all, Allred said the measures the public is being asked to adopt will save lives.

“What we are doing now is going to help us get through this – and it’s going to save lives,” he said. “It’s very similar to being at war – we’re at war with the coronavirus, and it’s going to take a collective effort to combat it.”

The town hall will begin at 6:30 p.m. To listen and RSVP, go to allred.house.gov/live.