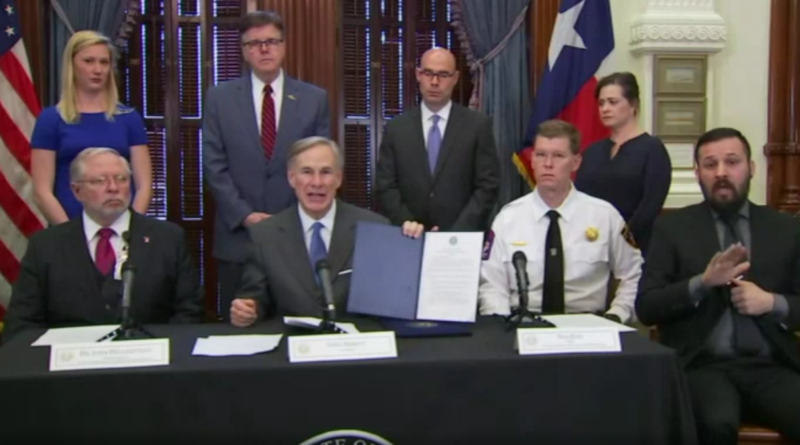 The man was found dead in his home, and didn’t have any underlying, high-risk medical conditions, the county said. His death from the virus was confirmed by the Dallas County Medical Examiner’s office.

It brings the state death total to four.

Six of the 19 cases had no connection to domestic or international travel, indicating more community spread.

Three of the patients are hospitalized, and one of those patients is in critical care. The rest are self-isolating at home.

“Things will get worse before they get better,” Dallas County Judge Clay Jenkins said in a statement. “How bad this gets is directly tied to how well each of you follow the CDC guidelines and exercise smart personal responsibility.”

At noon, Gov. Greg Abbott held a press conference, where he pointed out how rapidly the disease is spreading – just last Friday, when he made the state disaster declaration, there were just 39 cases in the state.

Abbott, as expected, announced statewide restrictions that are similar to the ones Dallas County and the city of Dallas adopted already. It limited gatherings to 10 people or fewer, prohibited visits to nursing homes, and limits restaurants to to-go and drive-through service only.

It also canceled school statewide, although Abbott told school districts that he still expected them to adopt some sort of distance learning.

“We are doing this now today so we can get back to business as usual more quickly,” Abbott said.

The order goes into effect midnight Friday, through midnight April 3, when the state will reassess.

“This executive order is not a shelter in place order,” Abbott said.