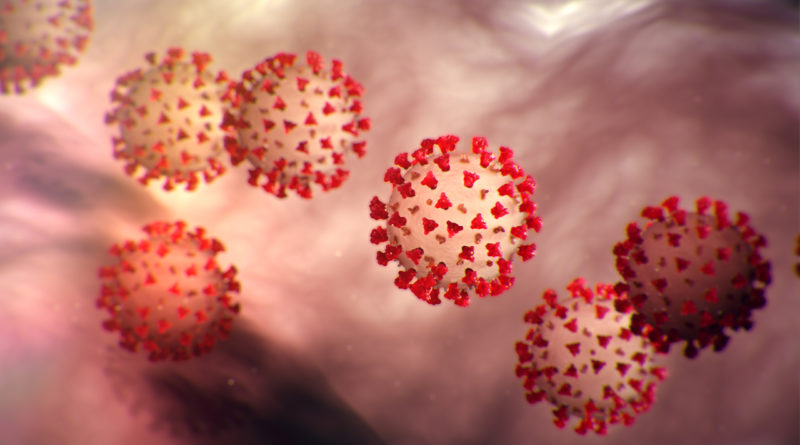 While we’re all sheltering in place, the news doesn’t. And it can be hard to keep up. We’re providing daily bullet points of news our readers need to know. 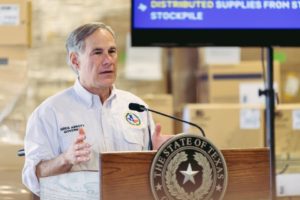 Gov. Greg Abbott stood in front of boxes of PPE Monday afternoon to announce that Texas had received 2.5 million masks in 24 hours, and would have three million more by April 11.

“The good news is those numbers are continuing to increase,” Abbott said. “Additional masks, which is the part of PPE that most people are asking for, they are on the way.”

Abbott said that there have been 85,357 Texans who have been tested for the novel coronavirus, and 7,319 have tested positive for it – the number of those testing positive continues to remail less than 10% of all tests. The state is expected to test more than 100,000 people.

After providing a region-by-region breakdown of supplies, the governor and Hellerstedt also explained the distribution process for personal protective equipment in Texas.

“I feel more confident now than I ever have with regard to access to PPE supplies,” Abbott said. “Knowing the information that I have and the visibility of what is coming in, Texas looks to be very well supplied.”

Hellerstedt said that the state prioritizes who should get PPE. Those who they are prioritizing include “hospitals or health care professionals in contact with or treating confirmed COVID patients with potential for high loss of life.”

“Those individuals who were taking care of those folks need to be protected against COVID-19, because oftentimes they’re in a setting that is the most high-risk setting for the spread of COVID-19,” Hellerstedt said.

Kidd said that if people are spending money related to COVID-19, they should be accounting for it because of federal funds that could be available. 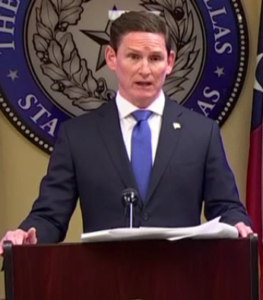 At the end of the press conference, Abbott briefly addressed the controversy regarding a letter his chief of staff sent to Dallas County Judge Clay Jenkins Sunday.

Despite Jenkins insisting he tried to call Abbott’s cell phone, Abbott said his office has had zero phone calls from Jenkins regarding COVID-19.

“A major general with the U.S. Army Corps of Engineers indicated that Clay Jenkins indicated to him that he had no intention to use the Kay Bailey Hutchison facility in downtown Dallas. And so, we needed to find out whether or not they actually were going to use the Kay Bailey Hutchison Center,” Abbott said. “Because other federal officials told me that Dallas County is not going to use that, the people who would be manning that operation, and those beds that are currently there right now, would have to be located elsewhere, so we needed to find out if Dallas County was in fact going to utilize this.

“If not, other federal officials may be moving those suppliers elsewhere. And that was the reason behind why I sent that letter to Judge Jenkins.”

Jenkins’ office supplied his reply letter Monday afternoon. Requests for comment from the governor’s office have been returned to neither People Newspapers nor its sister publication, D Magazine.

Many Unknowns When It Comes to Remainder of School Year 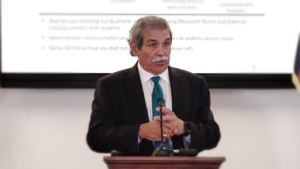 While he couched it as still very much up in the air, Dallas ISD superintendent Michael Hinojosa Monday told reporters that it seemed “very doubtful” that students would return to campuses this year.

“We have not hit the peak yet and, of course, we’re further behind than some of these other states. So, to me, the likelihood that we’ll have regular school this school year is very doubtful. It’s very doubtful,” Hinojosa said. “That’s why we’re making contingency plans. We’ve already canceled just about everything in April, that we know of, and then [for] May, we’re going to be making those decisions in the next couple of weeks. It looks very unlikely that we’ll come back to school this school year.”

But the big question is how grades will be determined – something that Highland Park ISD has also not decided on yet, either. With instruction happening online, the state’s standardized test being canceled for the year, and more, many districts in Texas are now grappling with exactly how to evaluate both students and teachers.

Dallas ISD, Hinojosa said, may grade on a pass/fail basis, but must also factor in things like NCAA eligibility before deciding on a path.

“This is our new reality,” Hinojosa said. “We’re all going through this, and figuring out how we are going to adjust.”

For Dallas ISD, the issue means that the district will have to determine what students may need to attend summer school to get back on track, too.

“We have not made a final decision on that, but I do know we are going to prioritize students that have fallen behind, with whatever achievement gaps they have,” Hinojosa said, adding that students won’t be penalized for things that are outside their control.

On grades, Hinojosa said it was important that “no student is punished for something out of their control.” The district is considering grading on a pass/fail basis, he said, but it is waiting on other institutions, such as the NCAA, to finalize their college-acceptance guidelines before the district moves forward.

But Hinojosa said that he was proud that 98.8% of students enrolled with the district had made contact with teachers, thanks in some part to the fact that the district began distributing laptops and tablets before spring break. The district has provided 83,000 devices to secondary students and 9,300 mobile hotspots, he said, and another 15,000 hotspots should be available by the end of the month, thanks to a donation from the McDermott Family Foundation and an expenditure approved by the district’s board of trustees last month.

To offset the costs incurred with purchasing all this additional technology – as well as the 15 meals a week the district is providing to each student who needs it, Hinojosa said the district is expecting at least $50 million in federal stimulus money.

“I have not had one board member or community member complain about any costs,” he added. “They just say, ‘Get those services and supports to these families and we’ll figure it out.’”

Both the University of Texas and Texas A&M announced Monday that they would create original programming related to the novel coronavirus.

The Lyndon B. Johnson School of Public Affairs at UT-Austin will produce LBJ In the Arena using Zoom video conferencing to produce weekly discussions with state leaders on the frontlines of the pandemic.

The first episode was made available April 1, and each episode takes place on Wednesdays from noon to 1 p.m. on Zoom. Registration for these virtual sessions can be found on the LBJ School Eventbrite page. All session content — including associated videos, readings and summaries — will be made available by Friday on the LBJ School website and YouTube channel.

Meanwhile, Texas A&M Chancellor John Sharp will lead a new series that examines the science and policy behind the state’s response to the pandemic. The series will be available on the college YouTube Channel. The series begins Thursday at 7 p.m.

“During this pandemic, our scientists and policy advisers are counted on across Texas and all across the world,” Chancellor Sharp said. Guests slated for upcoming episodes include Peter Hotez, a Hagler Institute scholar at Texas A&M University and a professor, vaccine researcher and dean at Baylor College of Medicine in Houston, the scholars from the Bush School of Government and Public Service who predicted in 2018 that the United States would be ill-prepared for the next global pandemic, and Nim Kidd, the head of the Texas Division of Emergency Management and vice chancellor for Disaster and Emergency Services at the Texas A&M System.

How You Can Help: Goodwill Collecting PPE

The drive will continue through April 30.

“We are really good at collecting donated items. We normally do it to help provide jobs and job training for individuals with disabilities and other barriers to employment,” said Tim Heis, President & CEO of Goodwill Industries of Dallas. “But today, we can use those same capabilities to support our community’s response to fighting COVID-19.”

Goodwill donation centers will accept new and unopened PPE and homemade masks from 9 a.m. to 6 p.m. daily, including the locations at 1919 N. Haskell Ave., 6464 E. Mockingbird Lane, and 18230 Midway Road. The full list of locations can be found here.

“We’re thankful to our friends at Goodwill and our generous community for coming together in this critical moment to deliver these much-needed items into the hands of our local hospitals,” Commissioner Price said.

Goodwill Dallas said that although the county and hospitals they partnered with currently have an adequate supply of PPE, the drive is to provide more backup stock, and to assist the public who desires to help.

“We have a bird’s eye view of how COVID-19 is affecting our community and we are prepared to deploy resources quickly, including these donations, to where they are needed most in our community,” said James R. Pogue Sr., Strategic National Stockpile Coordinator for Dallas County Health & Human Services.

Goodwill is collecting the following: