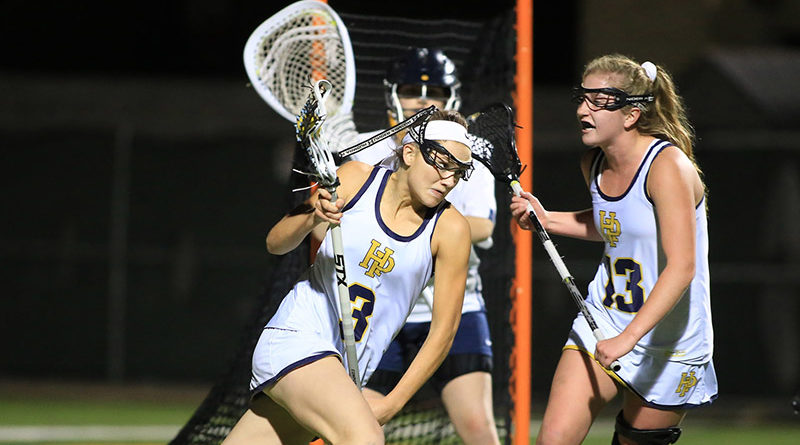 When she joined the Highland Park girls lacrosse program six years ago, Lellie Swords found a handful of talented players without a foundation for sustained success.

She knew that if HP was going to continue moving up the ranks in one of the fastest-growing high school sports in Texas, she needed to rebuild the club’s deteriorating youth program.

“I found out that our youth numbers had declined,” Swords said. “We’ve really made an effort to share our game and get more girls involved in lacrosse.”

Her efforts began to pay off almost immediately, as increased depth and experience propelled the Lady Scots into the Texas Girls High School Lacrosse League state tournament for the first time in 2018.

Another milestone came in March when HP scored its first-ever win over defending state champion ESD. That could boost the Lady Scots toward a return trip to the state tournament this spring, with Swords crediting this season’s resurgence to a dedicated six-player senior class.

“They’ve elevated the program since they’ve arrived. They really want to win and make a name for Highland Park. They want to make sure they make their mark.”

HP has 28 players in the high school program, up from 19 last season. That allows the school to field both varsity and JV squads. Plus, participation in the year-round youth program has increased, with the middle-school numbers reaching an all-time high of 46 athletes.

The idea is to implement teaching and coaching philosophies to younger players — in many cases, future Lady Scots — who compete in year-round leagues and tournaments.

The quality has steadily improved, with seniors on the current Lady Scots roster already signed to play college lacrosse at nationally prominent programs such as Michigan, Denver, and Bucknell.

“These kids see that it’s all translating,” Swords said. “There are definitely more opportunities for girls in lacrosse.”

Swords said she’s happy coaching lacrosse at HP after spending almost two decades in the Division I college ranks, including five as the head coach of the upstart University of Cincinnati program from 2008-12.

“I didn’t have the same passion for coaching in college,” said Swords, who wanted to spend more time with her three children. “I still loved lacrosse, but I didn’t love the fact that I had to be on the road so many days out of the year.”

Shortly after she resigned from Cincinnati, Swords worked at a friend’s three-day lacrosse youth camp in Frisco. She knew that’s when she wanted her family to move here.

Swords spent her first year in the Dallas area as an official for college games — something she still does — and helping out local club teams. Then she came to HP, first as an assistant coach for one season before taking over the top spot.

“It’s been the best decision for our family,” Swords said. “I’ve had some really tremendous athletes come through our system. I wouldn’t trade it.”

Want to Run For Office in The Park Cities? You Have Until 5.